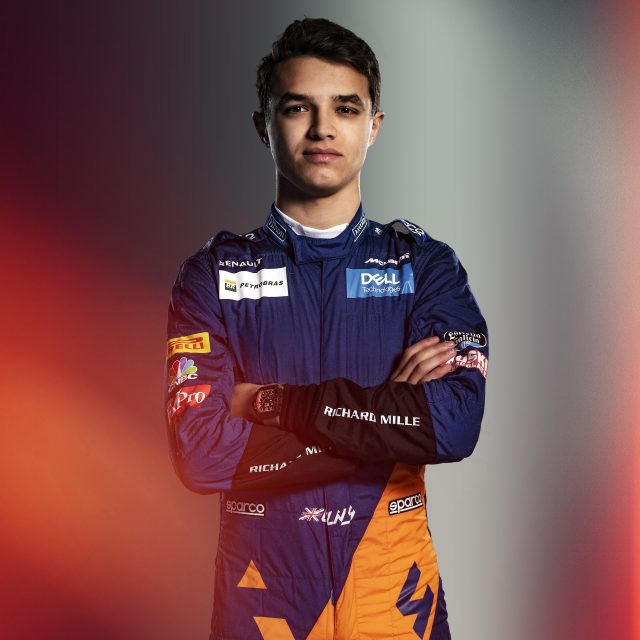 Lando Norris is a racing driver with British-Belgian nationality. Currently competing in Formula One, for McLaren, he races under the British flag. He won the MSA Formula championship in 2015, and the Toyota Racing Series, Eurocup Formula Renault 2.0 and Formula Renault 2.0 Northern European Cup in 2016. He also received the McLaren Autosport BRDC Award that year. He subsequently won the 2017 FIA Formula 3 European Championship. He was a member of the McLaren young driver programme.