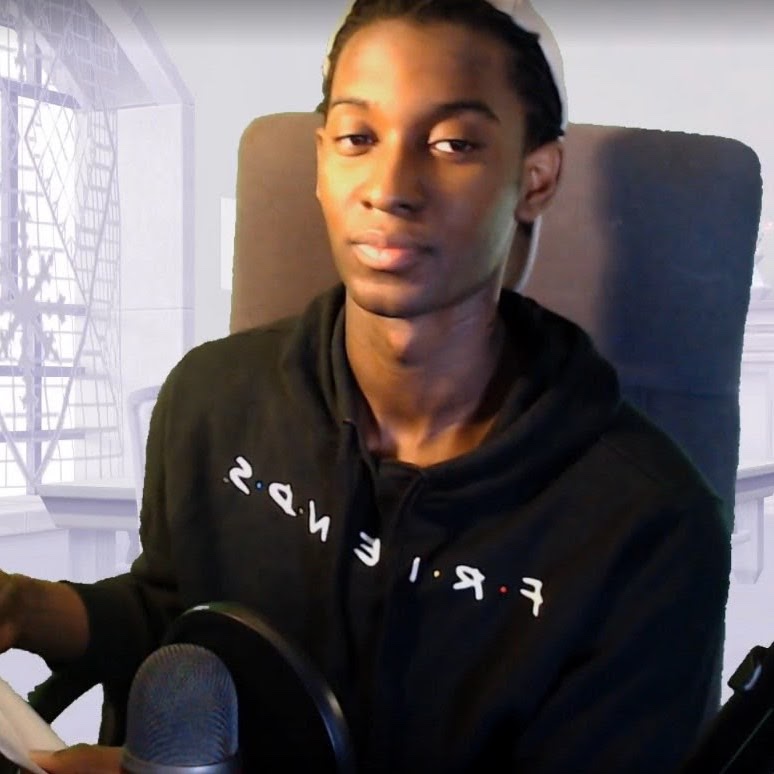 I grew up in West Africa so I actually didn’t have a lot of exposure or experience with video games, a couple of generations after their time however, I got my hands on an N64 & Playstation 1 playing Pokémon Snap and Tekken, respectively. To this day Pokémon and fighting games are all I play. I had a lot of fun playing outside as a kid, but nothing could really beat how mind blowing it was to go to those virtual worlds for the first time!

I’ve been a bit of a vagabond for a decent part of my life now, dropped out of school four times, quitting job after job and being in new random spots at any given time of day. I’m still not quite sure what I’m doing and where I’m going really but here we are!

Through many dark times, close calls and quite the struggle with mental well-being, I reached a point where I decided that if I was going to be alive, I would only do so by doing things I truly enjoy. Those things just so happened to be art and content creation, the latter of which had been inspired by the great Etika. Somehow along the way I became acquainted with SweetAnita through Twitter, joined her community in Discord, did my thing (sh*tposting, making art & content for the community etc.) and eventually she invited me to come on her stream. That was a really fun experience and after seeing so many people say that I should stream, I gave it a go. I wasn’t sure about it at first, and floundered a lot along the way. My ego only carried me so far, until Etika’s passing. All of us losing him made it incredibly clear to me just how much he meant to me and how large that void the loss of his streams and community truly left. I decided I wanted to be that sort of positive aspect in other people’s lives so here we are, still putting in that effort to be that. JOYCONBOYZ eternal!

CHADMAFIA collective is our community. We are a gang and family, first and foremost. I always wanted this to be the vibe and attitude my community was centered around. When I was in middle school I read a lot of delinquent manga (Rokudenashi Blues, Crows, Rookies, Worst, Beelzebub, High school, etc.) featuring the Yakuza, or other groups of delinquents who always got into trouble and were considered the no good, street urchin, scum of society. I noticed that no matter who they were, how rough they were perceived to be, they were always upstanding guys when it came to their gang or clan. I was (and still am at times) sorely lacking in friends, and had no one in my life that would really take care of me, so I became very attached to that sort of idea, and that's what we formed.

Everyone is welcome in CHADMAFIA, but the community is self regulating and won’t hold back on weeding out any bad eggs, so thankfully we’ve been able to maintain our community quite well.

As far as my stream goes, I generally enjoy painting and chatting the most, I occasionally play those games I mentioned like Pokémon. I think those are always fun to do with the community, but I’ll be going on to incorporate League of Legends a lot more into my stream going forward. I already play it quite a lot with my friends offline anyway, and I think it’ll be helpful for cultivating a more dedicated community and facilitating growth along the way.

I definitely play more games off-stream than on, I get really nervous on stream, mess up and feel like I can't take my time to figure the games out, which takes the enjoyment out of it for me, it’s something I need to work on!

I started off with a brand persona, your stereotypical “Chad” character, most of it was true to who I am but I didn’t like the way people regarded and treated me. I also couldn’t really help but express certain traits and takes that betrayed that so I eventually dropped the act and I’m glad I did. Nowadays the feedback I get most consistently is that I seem like a really open and authentic person, which makes me happy, because I try to be. Obviously, there’s always things that are hidden and personal, I think it’s not too healthy to give all of yourself to your audience y'know? Plus it’s just easier to be yourself at the end of the day. If people like it, then you know they like you for you which is a really solid feeling.

The most important factors to growing my channel were outside marketing, and studying trends. As great as a platform as Twitch can be, it’s incredibly saturated with millions of other streamers, and the site does not do much to help as far as natural marketing and discoverability. I was lucky that some people that watched my early content were active on Reddit and would share some of it there, which got me put in YouTube compilations, and eventually got me invited to other shows and streams.

Most significantly however has been the utilization of social media like Tiktok and Twitter. They are directly responsible for the most significant and fastest growth. Simply taking old clips from my stream that I thought were funny and uploading them to TikTok led to a tripling of my viewership and directly pushed me over the edge of the numbers I needed to achieve Twitch Partner. Before then, I would try all different types of content I was interested in making, looking at how they performed, what days and time slots did the best as far as viewership, what games and content was popular on Twitch as a whole (and if viewers were sick of it already *cough cough Among Us*) and use all that info and data to guide what I would do and how I would do it. Sure, streaming is a creative and passionate endeavor, but I think it’s a huge mistake not to analyze the math and game theory systems that dictate its functions and capitalize on that. I do not think it's simply enough to “just do what you love”.

It took me a week to reach Affiliate, and 17 months of active work in streaming to reach Partner, I went full-time with streaming back in November of 2020 I’d say.

Streaming as a person with Tourette’s was and sometimes still is quite difficult, the general skepticism and sometimes outright hate directed at people on the platform who are different in anyway is indeed overwhelming and can shut people down. It’s shaken my own self confidence quite a bit, coupled with being a black person amidst the current and long standing racial tension both online and offline has sometimes made it feel like a hostile minefield. I keep it in mind however, that I’m never  a person who ever wants to give up or lose at ANYTHING. I guess I watched too much anime growing up but I’ll be damned if I don’t reach all my goals despite any hate or challenges.

I don’t balance streaming and life at all! I’m a workaholic with things I enjoy, I’m constantly up at 4am editing videos or planning content on my days off. I can't cope or function if I don't stream or make content for more than 3 days in a row.

No one in my life takes streaming or content creation in general as a serious career option but that’s all just all as well, I only stream for myself and my community anyway.

I make all the assets for my stream. And analytics and the math behind the numbers behind streaming, are the second most important thing if you ask me. It’s important to have a steady guide and some tools to help encourage consistency in such a fickle and sporadic career environment.

Plan out your content as much as you can and maintain some variety while doing so. If that means different games dedicated to each day of the week (I recommend streaming only 3 days a week and at timezones that are reasonable for the largest amount of people) so be it.

Do things you enjoy, sure, but also keep in mind what gets you the most interactivity and viewers. It's genuinely not enough to “just be yourself” or “just do whatever you enjoy”, that’s BS! There is always math or systems to things, and if you believe you have what it takes to be a successful streamer, then go for it in the most optimal fashion!

Twitch will do NOTHING for you as far as marketing and getting your channel seen by a larger number of people, how often do YOU browse the recommended page? I know I almost never do! Utilize social media like TikTok, Reddit, Twitter, and Instagram to help your growth.

A more transparent and clear set of rules, along with more consistent and fair enforcement of those rules, would go a long way.