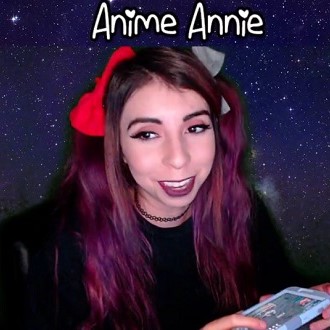 My gaming name was a bit of an evolution. I started twitch as Tootzyroll1 and eventually when twitch allowed name changes I picked a name better suited for me and my image. Tootzyroll was my PSN name back in 2009 when I used to be a console gamer. I couldn’t really think of anything cool for myself so I kinda just picked tootzyroll just because I saw some lying on my desk.

A couple years ago I got introduced into PC gaming and I was exposed to a whole new world of games and people. I quickly left behind console gaming as I grew more and more passionate about PC games and play styles that cannot be achieved with a controller.I decided I needed a new name one I can relate to and be proud of. I chose AnimeAnnie because I absolutely love all kawaii things as well as anime and Japanese culture and games. Anime Annie describes me very well :)

What’s the first game you ever played?

The first game I ever played was the pong game and then I got into Duck Hunt, Mario, Sonic, Kirby and more. I loved all those games.

What got you into streaming?

What got me intro streaming was by pure accidental chance. I was playing on my new PS4 before I converted to PC gaming and came across the share button on the controller. I saw my screen turn blue and asking me if I’d like to stream on Twitch TV and it’s all history from there :)

Is streaming a full-time job for you?

Streaming was my full time job until a couple days ago. My husband has been in there military for a few years now so I have been a stay at home mom for a while which allowed me to be full time streamer. However I recently got a job because I’ve been feeling deprived of human interaction. I never leave my house ever so I decided it would be healthy to at least work part time to balance my life :)

What’s your favorite aspect of streaming?

I would say my favorite aspect about streaming is having a growing community! There are so many cool people out there with the same or similar interests as mine. Meeting new friendly people is always fun especially when you play games together.

When did you join Team Kitty and how has it helped your stream?

I joined Team Kitty about 2 Years ago. At first it was only a stream team where we would occasionally host each other. However, now it’s more of an official team and brand. Team Kitty now provides many ways to network and get sponsorships.

What got you interested in anime and what’s your favorite series/character?

I started liking anime back when I was 10 years old. I liked reading manga and then I eventually started watching anime’s available in the USA like Sailor Moon and Cowboy Bebop. My favorite character probably has to be Minato Namikaze and Kirito but picking a favorite anime is too hard! There are sooo many great animes!

Currently I play a few games depending on my mood. League of Legends, Diablo 3, and Don’t Starve Together.

Do you listen to music while you stream?

Usually I go for chill playlists or throwback 90's rock. Sometimes I’ll do mainstream music as well. I’m not really picky, I just won’t go out of my way to listen to country music :)

How long do you see yourself making a living on Twitch? Do you have plans afterwards?

Hmm, I don’t really know how long I can make this a living. I get stable income here and there through subs, sponsorships, and tips but I would not say it’s a livable income as of yet. My goal is to make it livable so I don’t need a really job. However, I will be finishing my degree in business marketing so if all else fails I can just put my degree to use!