ApestylesPoker – A Poker Player Who's Made Over $4 Million Online, Coach, & Author 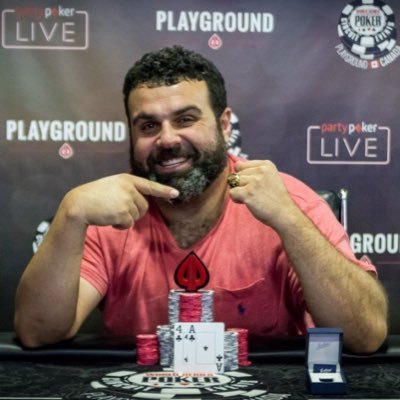 Tell us your history with poker/gambling

I was 22, fresh out of rehab, sober, and going to Texas Tech University with a bunch of other students who were also in recovery. I wouldn’t have made it through college clean if it weren’t for the support of my friends in recovery and the programs at TTU. Since we couldn’t drink or “party” the next best thing was to play poker on Friday nights.

I had played a little bit of penny poker with my family, but my first time playing real poker was in Lubbock, Texas with my friends Austin, Dave, and Rob who we called Ewok. I was actually terrible, easy to read, missing my turn and fumbling chips. I distinctly remember my friends laughing at me. And while I laughed with them at the time it also fueled my desire to get better so I could beat them.

When I first got clean, I decided to pick up chess and had been studying the game in my free time. In two years I had gotten to around 1900-2000 strength but was finding it hard to get much better. So I took that same approach to poker as I did with chess and bought every book I could find! I was obsessed. My first book was by Phil Helmuth and it was helpful for me, a complete beginner. Then I read Doyle Brunson’s "Super System" and also really enjoyed Sklansky’s book. I still struggled as a player though. I would try to convince myself I was a break-even player but I was not. I was a losing player. Every time I tried to track my earnings I gave up because the negative numbers were so hard to look at.

Then eventually I met my friend Chase at a cash game. He was a sit-and-go pro who was making a good living playing $50 sngs. He showed me pocketfives.com, 2p2, excels, and even ICM calculators. This was back in 2005. I was mainly playing sngs but I loved big tournaments because I liked the big payouts. One day I was up a couple hundred bucks in $5 and $10 sngs, so I decided to gamble and play a $20 mtt - I had a very poor concept of bankroll management. But I actually won it for $2000! I remember I couldn’t sleep that night. I thought I was rich! I ended up blowing that $2000 on a trip to Vegas with friends I think, but my passion for poker took root.

I would consider my career starting right around when I won the Poker Stars $11r for around $15k and the Paradise $30r for around $30k back to back. That’s when I decided I was going to become a professional. However, with poor bankroll management and a downswing after that, I was starting to become worried. I needed money for bills, so I got backed by BeL0WaB0Ve, and eventually when that went well he recommended me to his backers - JohnnyBax and Sheets. I then promptly lost them $20,000 which was a lot for online poker back then, but then won a random tournament for $30,000, and I believe I ended up being their most consistently winning horse in the long run. I’ve switched backers, been unbacked and backed myself. I am in a super fortunate position now having a little bit of financial security but it hasn’t always been easy and I’ve gone broke a few times.

After poker’s Black Friday I knew that I had to move somewhere to play poker, but I felt very disconnected and down. I went to a few places including Costa Rica and Prague, but ended up in Cabo San Lucas living with Stephen Chidwick, Dylan Linde, and Pat Moore. We had quite a community down there, but I didn’t take advantage of the beautiful weather. With bars always open and farmacias that don’t need prescriptions, it was a place that a guy like me could get into a lot of trouble. It all came to a head one day when my friends took my computer from me and told me they’d give it back if I could tell them what day it was. I got the month wrong.

Long story short, I kind of lost my mind on a cocktail of different drugs and ended up in rehab. Thanks to my mom and a few friends who believed in me, I was able to get into treatment even though I was dead broke and owed my friends money. I spent 90 days in rehab when I originally planned on only spending 10 days. I skipped the WSOP for the first time in six years. I kind of re-found myself at The Orchard on Bowen Island in British Columbia. I learned more deeply about mindfulness and meditation and began to pursue that with a passion. When I left rehab, I didn’t know how I was going to repay everyone but I knew I had to focus on recovery first so I was never in that situation again. I focused mainly on teaching poker and doing service work for the first few years I was out of treatment. I only played poker on the weekends, but, oddly enough, when I did play I was crushing! And coaching demand was off the charts. Within a year, all of my debts were paid back. But most importantly, I was in good health spiritually and physically. A lot of the tools I’ve learned in dealing with my obsessive and addictive nature apply to poker as well. I do my best to play with the equanimity I learned in Buddhism for instance. Playing with equanimity means meeting downturns and wins with the same calm acceptance. I also try to counter negative thinking with the gratitude I learned in other forms of recovery.

As for what led me to streaming, I had a product that wasn’t really selling the way I had expected it to even though the feedback was very positive. My old company broke apart, and I had a good friendship with Jordan (or BBZ) from BBZpoker.com. I really respected his business acumen and story and had always wanted to work with him. He mentioned that he had the marketing tools to sell my product that is now the "Apestyles’s Bundle" on BBZpoker. Jordan added that there would be more success in selling the product if I streamed. I hesitated because I was kind of nervous about that level of exposure and criticism. But I trusted Jordan’s judgment and didn’t want to let my fear rule my decision, so I cautiously committed to streaming a couple of times.

The first night I played I was fortunate enough to win a $530 Bounty Builder for around $33,000. I think during that first night I averaged around 250 viewers and peaked at around 600. Then I had another series of fortunate events that led me to final tables in multiple $5,000 buy-ins, eventually getting 2nd in a $25K buy-in on stream for around $280,000. So far, the “streaming run hot” is a thing!

In my stream I’ve decided that my #1 goal is to try to help others and to build my stream and the apestyles/BBZ brand through positivity and inclusivity. My 2nd goal is to crush skulls in high stakes poker :) and explain my thought process as well as I can. Last but not least, I try to have fun! I didn’t expect this to be as fun as it is, but it has been a blast. The stream has grown to averaging over 1000 viewers, and peak viewership was just over 5,300 people at the $5200 EPT main event final table.

I play the biggest stakes that are available online, including buy-ins of $25k and maybe the occasional $100k. I’m up millions from playing online tournament poker and believe that I have a reasonable edge in most of these fields.

My community is the best on Twitch! I really believe that. Everyone is super positive and warm. I find myself smiling and laughing a lot as I’m reading the chat. It’s okay to have a bad day but persistent negativity isn’t tolerated on my channel. There are actually too many awesome members for me to shout out but many of them I now view as friends.

The biggest surprise for me would be how much I appreciate and miss people from my community who are there nearly every day I’m on. There were times when I was feeling down when I got on stream, but before long, members of my community turned that around. So even though it is more intense overall to stream while playing poker, it has been really fun and rewarding. I really love my community and their support makes me want to be a better player and human.

I’ve never tried to be a brand – I am just me for the most part, and apestyles as a brand evolved naturally as a bi-product of my career. Other than co-writing Winning Poker Tournament One Hand At a Time and posting a lot on pocketfives.com, I hadn’t really thought about or done much to promote a "brand" per se. In fact, I had a bias against advertising in general and felt wrong “pushing” my products on people. I’m not sure why; maybe a lack of self confidence. It has really only been since partnering with BBZ Poker and receiving a lot of feedback that I realized that what I teach genuinely helps people. The basis for my success is because I put in more work on understanding poker than most, and I feel confident and happy to share my knowledge with others.

Eight years ago, I knew that I needed more balance, health, and meaning in my life to prevent me from turning to drugs. When I got out of treatment I opted to put recovery and service first. I played on the weekends and coached during the week. During this time period I built my business, quit smoking, and did a ton of inner work. I took care of myself through having healthy friendships, working out, hiking, going on retreats, massages, and just taking time to do nothing.

Recently, during COVID, I’ve kind of thrown myself into work because of quarantining. I’ve actually found a lot of joy in that though. The balance is a little bit off but I’m still taking care of myself and just started fasting 18 off 6 on and am feeling motivated to work out a lot too. I take the responsibility to be an example seriously so I’ve been using that as fuel to push myself to get healthier. I love food though!

I use Streamlabs OBS, Nightbot and I’m really not sure what else. Honestly, Mack and the marketing team at BBZ Poker set all of that up. I did Marbles once but it was kind of a nightmare, ha.

I use my PokerTracker 4 HUD a lot to help me make decisions in game. When I’m not playing I use every solver there is, do aggregate reports, study ICM, etc. I’m always focused on learning.

My rise in the last three months has been pretty meteoric so I don’t have experience to give advice about that. I do have experience with the ups and the downs of poker and addiction. For both, you can’t do it alone, you need help from others, you need positive people to build you up, and you have to trust the process. It is all about putting in that extra effort to get better every day.

To be able to upgrade Tier 1 subs to Tier 2 without having to pay the full price.