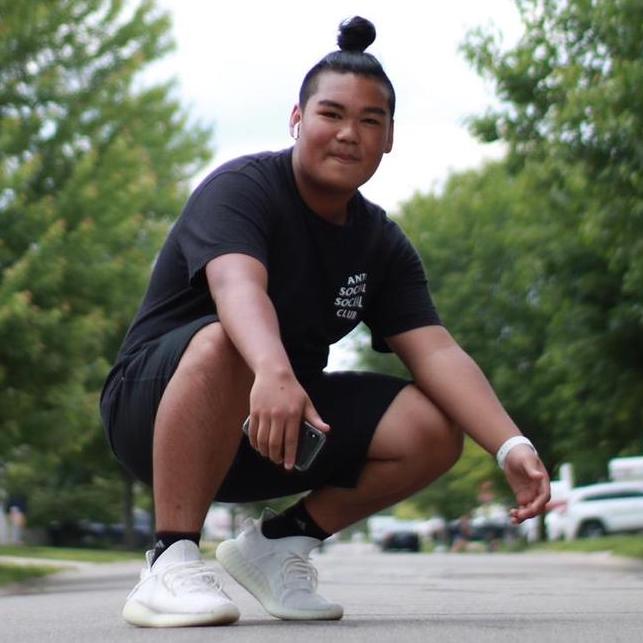 AznBoi is just a teen who just recently started to take streaming seriously. Over the last six months he has amassed a huge social following by consistently creating content around his Twitch channel. He uses TikTok to expand his reach, and now has over 130k followers on the platform.

Keep reading to learn how he utilizes different forms of social media for growth.

My first console was the PS2. I grew up playing games like GTA San Andreas & Bully. I remember writing down the combos for cheat codes on the game to bring it to friends houses to show them the cool things I learned. I grew up playing with my friends' older brothers most of the time. I didn’t play video games with kids in my grade because I really didn’t fit in. I'd also play games on my PS3 with my dad.

My name originates from me being Asian and me watching a show called Street Outlaws where one of the characters name was Azn (pronounced “Asian”). Me, being young at the time, took the name and just put “Lil” in front of it. But that name was already taken on Twitch, so I ended up making it Aznboi.

Gaming was something I loved doing just because I didn’t really play sports or any of that. My only social time was in school, so when I'd go home I just played video games.

I streamed Fortnite back in 2018 and reached Twitch Affiliate, but I didn't think much of it at the time. I stopped, but then COVID came around and I was stuck inside with my computer so I decided to give streaming another shot.

I decided to take streaming seriously back in July and also started posting on TikTok. It's been 170 straight days of grinding. A week ago (mid-December 2020) I became a Twitch Partner and have well over 120k+ followers on TikTok and 20k+ on Twitch.

TikTok has been the catalyst to my success. Constant posting has given me a lot of exposure. I post consistently, I'm learning the algorithm, and I figured out how to convert TikTok followers to Twitch viewers.

The number one thing I've learned is to grow a community outside of Twitch but bring them Twitch later on. Twitch is one of the hardest platforms to grow a following on. My advice is to hide the numbers and do it because you enjoy it. If you’re in it for the money or the fame just quit now.

My community is about good vibes and cracked gameplay. I call my community the Azn Nation and every time I raid someone it’s an Azn Invasion. Everyone is welcome and we try to be the most welcoming to newcomers. Obviously there will always be trolls on the internet and we like to give what we receive.

I only stream Warzone at the moment because thats what I'm good at. Eventually I would like to stream other games, but I really only stream the games I enjoy playing.

I started off doing Follower Fridays and Sub Sundays, but then I realized people would only come to play on those days and not watch the stream. I learned to do whatever makes you feel happy and in the end if the viewers are not up for it then they shouldn’t be supporting you.

My brand and persona is just me. People know me to be really good at the games I play.

I've been preaching for the longest time to post on TikTok. TikTok is the unspoken space to grow. 5 months of grinding out content and I am partnered on Twitch with over 20k followers and 120k+ on TikTok.

How to grow on TikTok: post things that interest you as much as you can so you can learn what works and what doesn't. There will always be an audience for the things you're interested in, but the size of that audience may vary. Learning the algorithm and hashtags was the hardest part for me. As for Twitch, having a set schedule and being consistent is important. Hide the numbers and just enjoy what you’re doing.

By next year or early summer of next year I hope to go full time. If not I will still continue doing it throughout college and trying to make it full time.

On school days, with COVID, I wake up around 9:30 and look through my VODs from that last night to find clips that would be TikTok-worthy. Eat around 11am and start my class at 11:55. I  get out of class at around 3pm. Then I grab my snacks and stream until around 6pm when I eat dinner. After I eat, I stream again from 7-10. Rinse and repeat.

I'm live everyday and usually post on TikTok, too.

My parents are super supportive but they prioritize school. They know I stream but never thought of it ever being serious.

I feel like I’m going to be on content creator for as long as I'm able to. If, at certain point, I either 1) burn out or 2) financially can't keep it going, then I'll quit.

I would say find what works well and what doesn’t. Don’t look at numbers and put yourself down because you’re not at the top.

Tiktok. Post good, high-quality content on TikTok around your game! Maybe you will start a new “Codtok” and it will boom your success!

DMCA. Never had a problem before until now.