BizSnes: An Interview With a Boy Trapped in a SNES Console 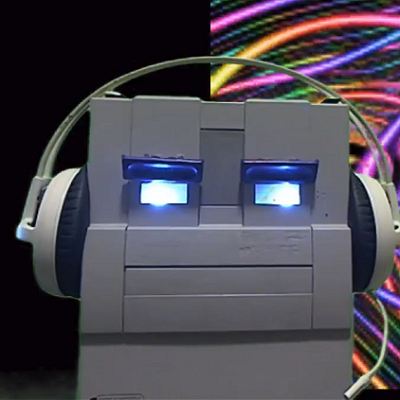 "WTF am I watching?" -90% of users their first time watching BizSnes. Well, BizSnes is a boy trapped inside of a video game console! He has a roommate who, some might say, "pulls the strings." Check out the full interview to learn more about this fascinating character.‍

Where did the idea for a boy trapped in an SNES come from?

It came from a lot of different places my love of games, making things up, and Mystery Science Theater. In high school I wanted to be like Penny Arcade so I started a comic that talked about games. The idea behind the comic was that I was so tired of playing games by myself so I built a robot to play games with.

Most comics consisted of myself and the robot sitting on the couch discussing various topics but it never really went anywhere. When I saw the success people were having on YouTube, I decided to revisit the idea. I called it Single Gamer. It was once again about a kid so lonely who saw his video game consoles as friends. The only other human was the mailman who brought us games to review. I never thought I would end up being Bizsnes, I wanted to be the person on the couch next to bizsnes.

I wrote a pilot, and, while I liked ideas in it, I knew it wasn’t very good and couldn’t get anyone to help me film it. At this point Justin.tv became Twitch and a new platform was born. However, it would take me two years before I worked up the nerve to stream because I wanted to make sure it was for me.

Thanks to people like SourKoolAidShow, it validated the idea that there is a place for this kind of entertainment on Twitch. My show has yet to reach its final form, though. There is a reason my name is BizSnes but that’s still something in the planning phases.

How long did it take to make the character we see on screen?

Years. Making a puppet out of an old video game console is not an easy thing, and doing a puppet show live is even harder. I won’t explain exactly how it works but the puppet is operated manually, which took some doing. I had a bunch of ideas on how to make him work, but I’m an artist, not an engineer.

I hired an engineer to help me build him, but he didn't do much aside from giving the puppet eyebrows and LED eyes (even though I wanted him to make the mouth move). Although adding the eyes was the missing step that really gave the console a face.

Are there other versions of the character, or is what we see the original one you started with?

Sadly, there is only one and he is in dire need of an upgrade. There is only one puppet and I’ve upgraded him a few times. But, yeah, it’s still the original. This year's TwitchCon was a wake up call that it’s probably time for Bizsnes 2.0 soon.

Can you tell us why you started streaming and what’s your favorite part about it?

I was an improv comedian for 13 years before streaming. The love of doing things live really attracted me to it. I love being able to interact with my audience because it's such personal experience for me. Most improv shows are an hour, but with livestreaming I get to play for as long as I want. I’d be playing these games anyways so it’s great I can do it with people who want to watch it.

I wasn’t very popular in high school but one of the ways I made friends was through video games. I would always play through a game super quick then invite a friend over so I could watch their reactions. With streaming on Twitch, I’m still inviting my friends over – they just don’t have to leave their house.

Is streaming your full-time job?

Thanks to some amazing support for the last 6 months, streaming has become my full-time job. No day is ever the same for me. I hate doing anything the same way twice, which is probably why I don’t have a schedule.

The moment you tell me I have to do something is the moment I’m not interested in doing it. I will easily pull a 12-hour stream but the moment I announce it, the moment it seems like a chore, I’ll do it..if I feel like it.I try to stream for at least 4 hours a day but it is insanely exhausting. Puppeteering, gaming and interacting with chat takes its toll on you. It’s like being in a one-man band.

How do you really feel about the community you've gathered in your stream?

Proud is the first word that comes to mind. The internet is a great place for like-minded people to find a place to gather and be a part of each others lives. Everyone that watches my channel is a member of the Family Bizsnes and that isn’t just some clever play on words.

I’ve laughed with these people and cried with these people. I even met my current girlfriend through the SOBA (Seattle Online Broadcaster Association) community meet ups. I care about these people immensely. I’m not trying to be the biggest streamer out there. What I'm trying to do is be one of the most personal streamers out there. Coming into my channel should never make you feel on edge. It should be a place to spread positivity, and thankfully I have a community that supports that idea and goal.

I like to play single player games. I’m not really competitive, which makes a lot of multiplayer games hard. I'm currently learning everything I can about Bloodborne. The lore in the game is so deep. I just got an Oculus so I’m really excited for that. Otherwise I’m variety. I don’t like to stick to one game for too long.

It’s a mess. I use all original systems, so it’s constantly cluttered with cables. I’ve also moved 6 times in the last year, twice cross country. I am running a barebones setup with a chair I got from a thrift store. Picture a desk with 2 monitors and a tray table with a Republic of Gamers Laptop in a small room with white walls. I’m just happy I have my own studio room and it’s no longer next to my bed. The first 6 months of streams were actually done from an imPODment, which is essentially an adult dorm. I lived there with my friend and we used bunk beds to have enough space to stream.

At TwitchCon this last year I was pied by DJWheat.

One of my proudest moments was getting to interview author Blake J. Harris, who wrote the book Console Wars.

As long as Twitch is a thing I hope to be involved with. It might not be as Bizsnes forever, though. I want to make movies and new improv shows, but everything I do from here on out is based around doing things for with Twitch.

Anything else you want to share before ending the interview?

At the end of January I will be doing a 4-week course on Improv for Content Creators at CSz Seattle here in Washington. Please sign up if you're interested: https://seattlecomedygroup.com/classes/