Deiviamos – Realm of the Mad God Streamer Shares His Story 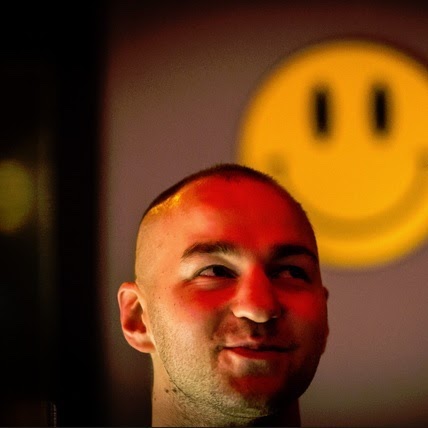 I had so many games which I liked to play when I was little. For example: Command & Conquer (C&C), Diablo, Tyrian, Death Rally, Ufo: Enemy Unknown, Tekken. Did not count the games that I have played on my Commodore 64 and Nintendo times since there are so many to count.

I mostly played the games with my brothers, they taught me so much about them. Later I got very good friends who I also played a lot of games with. I still would if I had more free time for it.

My gaming name Deivian is a mix of historic tales and from my original name.

Gaming has always been the spark in my life. I guess the challenge and competition in games was the first thing that brought me closer to play even more. And after that I got hooked on the way you share those moments with your friends.

It was not that long ago when I started to be more curious about streaming. At the end of 2019 I played the game Summoners War on my phone and Realm of the Mad God on my computer. One day I wanted to get help on Summoners Wars and then I went to see someone who were streaming that game and then I was like “I also might like to do that because I like to communicate with people and make my infinite talking subjects” and after that my only issue was “what game I should stream”, “where to focus”. Then I decided to focus on streaming Realm of The Mad God and see what happens after.

For now it has been great and also got some new partnerships and games for testing which has been so awesome and I wait for more in future!

Well I have been starting to learn to do animations in streams which makes them so much more fun. I still have a long way to go to learn to do them or maybe in future I wish to get more help for that and some other stuff that I wish to have. Lots of ideas but how to make them happen on my own is the issue I guess.

Choosing to stream was one of the best decisions in my life.

Sometimes I get overwhelmed when I see how warm of a welcome I get when I stream, and how the community interacts with one another while I’m live. It’s like a real community. It’s so awesome to see how people who’ve been following my channel for months are still welcoming new viewers to the family and trying to help them like a big brother or sister. Also, outside of the stream I get so many amazing compliments that keep me motivated to keep going so much more!

Currently we mostly play Realm of the Mad God and Stream Raiders. I would happily play something new if there’s a reasonable way to do it with our community. I prefer to play games with viewers but I have also thought of playing Resident Evil or Final Fantasy.

My brand is my own personality. I didn't really consider building a brand on top of myself. I have tried to learn and see how other streamers have done their brand and after that I started to build my own to what suits me the best. So it’s my true self for now. Later I will try to build some sort of brand that helps people to find me more easily.

My biggest accomplishments? Getting monetized on YouTube, reaching Twitch Partner, getting a partnership with Stream Raiders and DECA Games in Realm of the Mad God, and having a community that I could not be more proud of.

My biggest challenge? Time and organizing. I still have a job, which makes things hard to put together with streaming, building social networks and creating content.

My biggest goal is to become a full-time streamer. Then I can give all my effort and attention to our community so they can have what they really deserve.

“Please don’t ever stop streaming” That came first in my mind.

The email from Stream Raiders when they asked me about partnering with them made me feel so welcome and important. It was awesome. Also, sometimes people ask how I make all the things happen in my stream, like animations or overlays, and that makes me feel unique.

Well I try to keep a consistent schedule between my day job and streaming. It’s hard because there isn’t much free time to spare. Before streaming I went to the gym 3-4 days a week but now I don’t have time to go anymore.

Before I start streaming I usually check my equipment to make sure everything works, and then I check social media and Discord to see if there is anything going on that I should know of.

I stream 3 times a week, around 4-6 hours each session.

Days off from the stream I usually edit my new videos, make something new and fun for the stream, get on social media or hangout with my community. It really depends on how much time I have.

I wish I could spend more time outside and see some friends. I try to make arrangements to see people but it rarely happens nowadays.

Friends and family have given amazing support for all I’ve done. I think they see how passionate I am about streaming.

I really can see the potential of this lifestyle! You can stream in so many different ways. Either outside, going to the gym, playing, watching a movie with your community or even sleeping. Ok, the last one would be weird to me but between the boundaries of your imagination and what you are able to do is amazing.

I use mainly the SLOBS (Streamlabs OBS) for streaming software.

For the donations I have StreamElements and direct PayPal options.

I have designed overlays and graphics of my own for the time being, not buying anything yet.

Extensions have been the hard choices for me. I would like to learn more about all the options out there and learn how they work. But I would recommend the Front Row extension for the streamers who have space in their stream to let viewers be seen with their “avatar” for bit tips. I would like to see more stand alone extensions where you can grind something with viewers in your own game or some other way that brings the community together. Streamer Village PVE PVP? Just a thought.

After the stream I usually look at my stream analytics but not really changing anything unless there are big changes.

Alpha Gaming channel has been very helpful in my streaming career. There are lots of other good guides on YouTube.

Try to be as much as yourself as possible. Don't act, just relax and figure out something that only you can do in your category or niche. It doesn’t have to be big.

Don't worry about viewers, just talk alone if needed. As long as you actively talk the viewers will eventually stay and listen. Also try to interact with your viewers if they ask a question or want to tell you something. Try to add an interesting stream title because that’s how you get viewers into your channel if you are a new streamer.

More helpful chance to have good sponsorship/enough revenue which makes it possible to do streaming on full-time. Of course it needs to work in both ways.

To become a more visible streamer and content creator. Also hoping to get more help and add sponsorships to grow my community.

I want to build a community where people are happy, not alone, be part of something great together and want to accomplish something miraculous. Becoming a full-time streamer is my biggest goal.