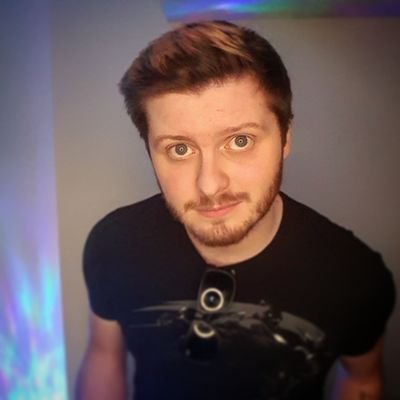 Empyre is a full-time variety streamer who hails from Canada. Since becoming a full-timer, he eats, sleeps and breathes Twitch and creating content for his community. Learn how he got his name, his accomplishments, his hobbies, and more throughout the interview!‍

My gaming name was actually given to me by a friend when I was playing Black Desert online.I lacked creativity and made her come up with something, and then it just kind of stuck! That was actually the first game I ever streamed, I didn't know the rules, and left the game running while I streamed overnight from bed. Looking back, it still makes me laugh!

I started streaming at the recommendation of a long-time friend, he had brought the idea up a few times to me while we were raiding in World of Warcraft, but I was never really sold on the idea. Now I honestly can't remember what life was like before I started! It's an all-encompassing kind of passion.

My favourite part about streaming is honestly the community interaction, having people come in, and share in my defeats, accomplishments, and just sharing things about their lives in general! It's such an unbelievably cool experience to have friends all around the world that come by and spend some time with you each night!

Is streaming your full-time job? What’s a typical day look like for you?

I am incredibly happy to say that streaming is my full-time gig! I actually went “full time” long before I was able to sustain myself. After starting and seeing some success, I decided the best way to go forward was to quit my job at a local gym and put in as much time and effort as I could, which was terrifying and amazing.

A typical day for me starts around 12 or so, I get up, throw on a stream, answer emails, eat, workout, and then I get in the zone for going live. After stream ends, I spend some time talking with my mods, checking analytics, making YouTube content, and anything else I didn't get done earlier on!

After I have as much done as I can, I get some me time away from the computer, and finally end up passing out around 4 or 5. I'm sure most casters will agree this is very much an “always on” job.

I'm sure every broadcaster feels this way, but honestly I am so proud of my community as a whole, and in my eyes they are one of the best groups of people on Twitch! They are quick to welcome others in, engage people in conversations, be helpful, kind, and just inviting. It's honestly such an awesome experience to see how they interact and watch friendships form within your community!

Going full time is definitely high up on my list of accomplishments, I never dreamed that I'd be able to support myself doing something I love and have so much passion for!

Some other achievements I'm crazy proud of are: being featured on the frontpage, hitting my pre-partnership milestones, and honestly sticking with streaming. I tended to bounce around jobs trying to find that “right fit” and this would be one of the longest times I've stuck with something!

Who is your favorite streamer?

This is an INSANELY tough question, Twitch has so many amazing broadcasters that this would just be a massive list of names! One person I've watched since the beginning of my time on twitch is LadyAderissa, she inspired me with her chat interaction and her “chat comes first” attitude.

I think most streamers have moments that they will probably never forget, and cherish forever. One memory that I'll always hold dear was being the target of an “Amazon Prime Raid”, lead by fellow Canadian and amazing broadcaster Cheesewiz. He brought a group of friends with him into my channel and they all subbed within the span of roughly a minute!

They ended up breaking my alerts, and me, with that kind of positivity and support.It was such an amazing experience to not only see all these people come around and hang out, but to also feel that my content was worth that kind of response.

If you could only stream one thing for the rest of your streaming career, what would it be?

Honestly the game takes a backseat to my chat, the interaction is really my favourite part, with my community around I could be playing minesweeper or watching paint dry and it would still be a hilarious time!

What do you do when you’re not streaming? What are your hobbies?

When I'm not streaming I'm usually binge watching tv shows and movies, working out, or supporting others on Twitch, I lurk around a lot and tend to watch as many broadcasts as time allows! The rest of the time goes to playing with my pet birds (Atlas, Meara, and Poseidon).

After almost 2 years on twitch, I know this is something that I'll continue doing forever, even if only as a hobby.