GabbyDM – Networking is the Key to Success 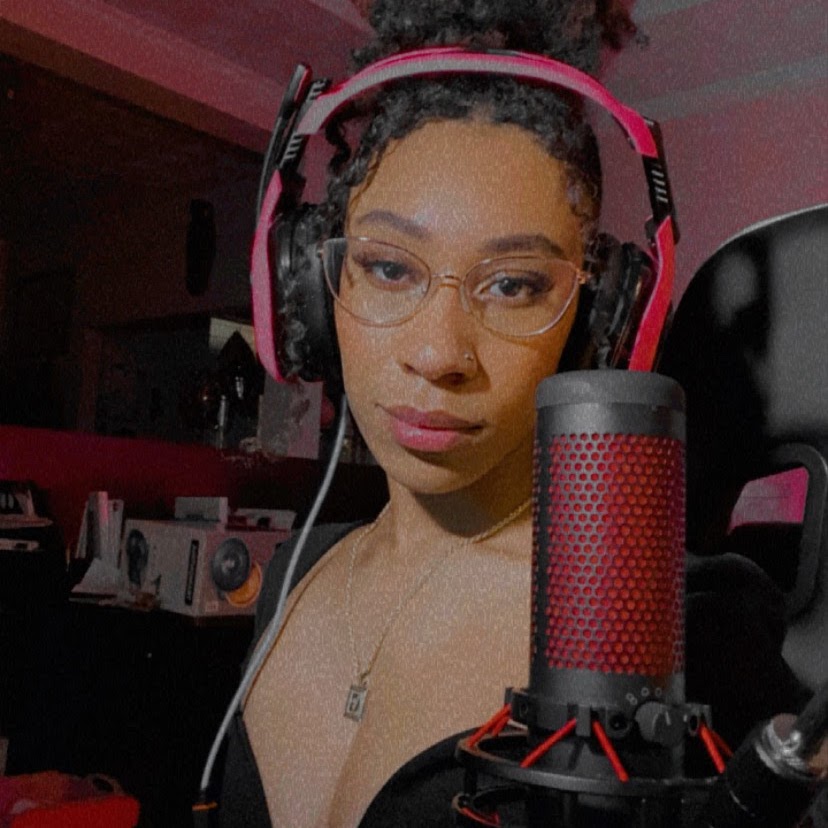 Gabby started playing games back when she was little. Before she knew it, she was topping the leaderboards among her household rivals whenever playing Call of Duty. Fast forward a few years, she decides to give streaming a shot while still in college, which was tough to balance due to the high workload. But she made it work and is now a Twitch Partner.

Read through the interview to learn about her streaming journey and how she manages her channel.

I started playing video games when I was a kid. The Gameboy was probably the first system I remember playing on and Pokemon was the only thing I would play. My dad is the reason I got into games like Call of Duty. When I was in middle school I used to watch him play MW3 on the PS3 and decided that I wanted to try it out. I wasn’t really decent until Black Ops 2. I can remember always being above my dad and my siblings on the leaderboard at the end of almost every game, especially on Hijacked. That, Express, and Standoff were my favorite maps.

I tried Ghosts and Advanced Warfare but didn’t really get back into Call of Duty until WWII. A lot of people say they HATED WWII but, personally, (I know this is a super unpopular opinion) I didn’t think it was that bad. I played Black Ops 4 after WWII and that’s when one of my friends introduced me to Search & Destroy. Search & Destroy became the only game mode I would play. It was just something about the toxicity of the game mode that made me want to keep playing it. I wasn’t super good at Search & Destroy until Modern Warfare.

I didn’t discover Twitch until my favorite Youtuber at the time, Swagg, mentioned that he was live streaming over there at the end of his videos. I used to tune into his live streams at the same time every single day and watch him play Groundwar with his friends JsmoothHD and TCleanTV. I never thought I would be into streaming because of my anxiety. I was never used to being in front of a camera but watching JsmoothHD, Swagg, and TCleanTV stream and build their community inspired me to try to do the same.

In the middle of my senior year of college I started saving money to buy everything I needed for my first streaming setup. Even when I had all of the money I needed to buy everything my friend Rodney had to push me to just take the leap of faith because I was still nervous about starting and feared I wouldn’t be successful. That night I went on Amazon and purchased everything from a mic to a mixamp and the very next day I did my first stream in my college dorm room.

When I first started I had to find the perfect balance between streaming, working, and doing well in school. It was difficult for me because I was a Resident Assistant and that position required so much time that I wouldn’t be available to stream until late at night and then I would still have to find time to study and do my school work. Despite all of this, I knew that streaming was something I really wanted to pursue and I would find a way to work everything out no matter what. I was very lucky to have friends in the streaming community that supported me and wanted to contribute to my success.

My normal stream consists of me playing Call of Duty: Warzone. I used to stream nothing but Search & Destroy but I decided to make the switch to Warzone because it presented more opportunities for me to get into the competitive scene. I was able to play in one Search & Destroy tournament but I realized the caliber of those tournaments would never be as big as the Warzone tournaments. I love Call of Duty but if possible I would love to become a variety streamer and have my community support me even if I decide to play a different game. Recently I’ve been experimenting with Just Chatting streams and to my surprise they have been going better than I expected, which makes me grateful for my community.

I love getting to know the people that make me look forward to streaming every day. I used to play with my subscribers every Sunday but now I just choose a random day just in case I can’t make it on a Sunday. I love sub games because it gives me the chance to put a voice to a name and connect with my supporters on a more personal level and it's always a fun time. I make it my effort to try to get to know everyone in my community. I think if you look at the people in your chat as just a number then you’re streaming for the wrong reason. I look at my community as a family. I call them Gabby’s Goons because I know they will have my back and be there for me no matter what and I would do the same for them.

I personally didn't create a brand persona. I just went into streaming completely as myself. My first stream was in February 2020 and I reached affiliate on March 3, 2020. I had a couple of friends that also streamed and they raided me once or twice and that’s how I was able to obtain some of my followers for affiliate. Getting hosted and raided by other streamers helps grow your following but that doesn’t necessarily mean those people stick around. I always tell people the best method to grow your channel is through networking. I feel like you should make an effort to get to know other streamers that have the same sized community as you. Talk in their chat, host them, raid them, help each other grow. You should NEVER EVER self promote in someone else’s stream though. That is just viewed as disrespectful in the streaming community and could get you banned from another streamer’s chat.

My streaming journey is very different and my story won’t be like everyone else’s. I was fortunate enough to become a moderator for FaZe Swagg and he raided me one time once he found out I streamed. That one raid really helped jumpstart my streaming career and I’m forever thankful. From that day forward my community started growing very rapidly and after many months of grinding I got partnered on December 27, 2020 which also happened to be the day right before my birthday. Now I look at streaming as a full-time job and I want to continue doing it for as long as I can. My ultimate goal is to become one of the most known black female gamers to inspire others like me. I want to show them that we are able to reach new heights in the gaming community despite the many obstacles we may face.

I try to stream at the same time every day which is at 2pm EST. I say try because I always end up being late so when I say 2pm my chat knows to expect me at 3pm. Now that I am no longer a college student I don’t have to take as many days off. I try to have a day off every now and then though just for the sake of my mental health. Being in front of a screen for so many hours a day and so many days of the week eventually takes a toll on you. I also take days off to spend time with my family and friends because streaming full-time can sometimes interfere with those kinds of relationships. I make an effort to use those days to make sure I’m not losing the people around me. I never want it to get to a point where I end up being out of touch with the real world because of streaming.

My parents were semi supportive when I first started streaming. I say semi because they just looked at it as me wasting my time and playing the game for too many hours a day. I guess I can understand because they come from a different era where playing video games as a career wasn’t a thing. I think now they realize the world is changing and things like this are becoming the new norm and present many great opportunities.

I use Streamlabs OBS as my streaming software. I prefer SLOBS over OBS because its interface is more user-friendly making it a good option for beginners. I use Streamlabs and Paypal for donations. My main Twitch bot is Nightbot but I also use the StreamElements bot for certain commands like !followage and Wizebot for bingo when I do giveaways. My stream graphics were commissioned and were made by the amazing NovvaaDesigns. I’ve used my Twitch Stream summary analytics in the past to help me determine the best time for me to stream. It helped me determine what time worked out the best for my community. I use Discord to communicate with everyone I play the game with.

Be yourself, don’t stress about the numbers, and figure out what makes you stand out from everyone else.

If I could change one thing about Twitch it would be to provide Partners with partner managers, similar to what Mixer had, in order to guide them in the right direction when it comes to their streaming career. This could include helping Partners with sponsorships, mentoring them, and just providing them with the tools to become the most successful they can be.