An Interview with Graceful: A Professional Overwatch Player & Positive Streamer 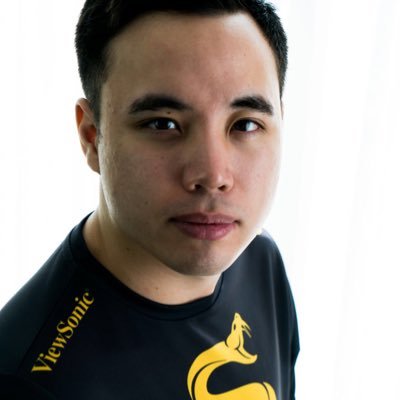 Graceful is not only one of the best professional Overwatch players in the world, but he's also one of the most positive streamers in the Twitch community. He's a full flex player and has reached rank #1 in multiple Overwatch seasons. With the help of his friend Mendokusaii, and the kindness of the Overwatch community, he was able to make his dreams come true.

I got called Graceful in past tournaments and I ended up taking on the name in Bloodline Champions. It went on from there!

I started streaming after I got help from Mendokusaii to set up a fund for me. My old PC was really weak so people helped me out. My favorite part is interacting with people and spreading positivity. I always love to hear when people have had a bad day and they like to come and chill with me to be happier!

Can you tell us about your experience as a professional Overwatch player? When did you realize you could go pro? What have been the highs and lows?

I became a pro after people approached me from professional organizations and I got help and motivation from my fellow friends. It’s been pretty much the same as usual (playing 10+ hours everyday), attending tournaments, etc.

The only part that I wasn’t used to was fan meetings, which is amazing!I am currently looking to get into OWL and I’ll be doing everything I can to do that. If it doesn’t work out, I’ll be playing Contenders most likely =). It doesn’t matter where I live (EU/NA/Asia) as long as I am in a highly competitive team looking to be the best. And everything has been a high, haha.

The only "low" I can think of is that sometimes the team/org/players don’t have the same expectation of certain goals, so the discipline and focus are not synergized.

What are the key reasons you became a pro player? Was there ever a point in time where you had doubts?

I became a pro after people approached me from professional organizations and I got help and motivation from my fellow friends. I haven’t had a doubt or regretted me being a professional so far! =)

How do you always keep a positive attitude even when things aren’t going your way?

I was always positive in general, but sometimes it’s all about accepting the fact that you can’t prevent some losses. I like the idea of a new day and new thoughts. After each game I stop thinking about what happened so I am never affected whether it was positive or negative.

I just keep thinking positive about the next game I am about to play.

Does gaming affect your relationship with your wife? How do you balance your time as someone who plays professionally?

Generally, when I travel we find time for her to fly out to me, or I fly back home during vacations after big tournaments/league play. When I am at home I try to fit my schedule around hers since she’s a nurse. She works evenings a lot so it tends to fit anyways!

What makes an esports organization great?

In my opinion, the best attribute an organization could have is communication with the team. If someone is not working, or if something is working exceptionally well, it’s always good to get feedback all the time.

If changes are to happen (regarding the team or the game that they’re playing) they should always be talking with one another so everyone is on the same page. Outside of that, being competitive and open minded is a good start!

Rumor is, you’re so nice another gamer started a gofundme to get you a better gaming PC. Can you tell that story?

Mendokusaii picked me up in a competitive game in Overwatch and people seemed to enjoy my company with him. Some awesome people wanted me to stream but at that point my computer was not specifically good (had 30 FPS on and off and played on a TV screen).

Mendo helped me set up a fund and spread the word for people to donate to me and I magically had a computer! If it weren’t for people’s kindness I wouldn’t be able to do what I love for a living, gaming!

If you could change one thing about Overwatch, what would it be?

I’d remove passive ult charge for everyone (or maybe let supports have it, haven’t decided yet).

Do you believe in "practice makes perfect," even if the player isn't naturally talented at a video game?

Yes, I believe that if people have the right mindset and goals in mind while practicing they can become really good. What differs between pro’s and the best is talent as well as the discipline to practice harder than anyone.

Can you comment on the difference between the gaming community/environment in Asia and Sweden?

Since Asia is much bigger than just Sweden it’s a bit hard to compare the both. I’d say that Asia is more supported and people are more engaged in activities such as fan meetings.

Sweden in itself is amazing since they’re starting up esport schools and what not! It won’t take long until Sweden is at the pinnacle of the greatest community as well!

How do you feel about the current meta of Overwatch? What was your favorite meta?

Favorite meta, for me, was the triple tank meta (deathball). I felt that back then the whole team needed synergy to perform, which I really enjoyed playing and watching (looked amazingly like a team game).

I’d like to make more heroes viable (even if this is the meta where the most amount of heroes are viable). I think over time this will solve itself when the hero pool becomes much bigger but it’s taking such a long time, haha!

What would be the best advice you could give to a person trying to simply improve themselves at Overwatch? Mainly toward DPS heroes?

Outside of having just a calm personality, is there anything you can think of that can help people who get frustrated easily?

People have to understand that them being frustrated makes it even harder to win games. They might not perform like they usually do, and if they’re toxic they can even affect teammates to perform worse. Everything that has to do with frustration = lower win rate. If you understand that then hopefully you’ll be more patient if you really do care about winning! =)

Have you suffered esports-related injuries?

What about your pillow? You have it with you every time you stream!

I use it underneath my elbow and on my stomach (I tend to lean forward when I play so it doesn't hurt against the table). Also because everyone loves to sleep. My pillow is my beloved one after my wife and family/friends! LUL

Hard for me to say since every stream is memorable for me and I love every one of them. Good games or bad games, its always fun when people are active and talkative in chat!

I don’t know for how long but I can say for sure that it’ll be for a while! =)