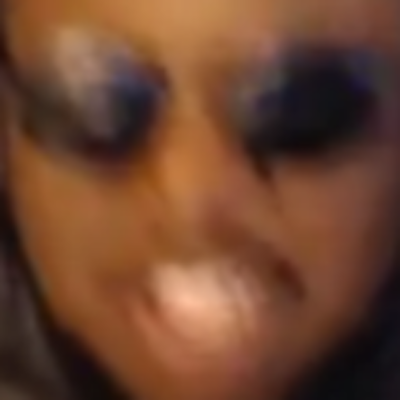 HolyXDD's first experience with gaming started back when he was just three years old. That sparked his passion for gaming.

He wanted to meet more gamers like himself, so he's started a gaming group for GTA IV and Red Dead Redemption. Not too long after creating a community he figured he might as well stream while he's at it. Now he's a Twitch Partner and likes to plays a variety of games with his community.

Let's dive into the interview!

My first video game experience was Metal Gear Solid. I was about 3 years old at the time.

We received a gaming magazine and my mom browsed through it and saw screenshots of this stealth game that, at the time, had really good graphics. Within the next hour we were on our way to the game store to pick it up. We played the game to pieces and I had one of the best gaming experiences ever. Thanks to Metal Gear Solid, I grew to enjoy the stealth video game genre.

We played a lot of other video games too. Tomb Raider, Syphon filter and Dino Crisis. Thinking back on it, we probably have thousands of hours on those games.

I really enjoy the vibe of those old games because it was a much simpler, clear-cut story. There wasn't a million side quests or a ranked leaderboard. It was just about enjoying games with friends and family. Don't get me wrong, I love the competitive scene and new open world games, but I think those old games had different type of charm that I feel has been overshadowed lately.

How'd you come up with your moniker?

My gaming name originated while watching the Overwatch League back in 2017. I saw all these one word names and I was like what would sound cool if an announcer yelled it out in front of a million people? And I was like HOLY!!!!

What sparked your passion for gaming?

I became passionate about gaming when I got my PS3 and finally got multiplayer. I was able to see how many other people out there loved video games the way I do. Plus the competition amongst other people on GTA IV Team Deathmatch was incredible. So incredible I made the first gaming group for GTA IV and Red Dead Redemption called The J Squad.

How did you get into streaming?

I was watching Twitch one day and said "Hey, why not?"

I'd been in the multiplayer gaming sphere for so long it seemed like a no-brainer, so I dove in head first. I already started and lead a clan of over 100 people at the age of 15, so why not give the public eye another go and have fun while doing it?

It also seemed like a good opportunity to meet new people. More importantly, I wanted to meet the newest generation of gamers and see their perspective of gaming and the culture as they know it.

Are you a full-time streamer?

Currently I have a full-time job, so I stream after work with my family and close friends.

Tell us about your community

My community has been very helpful towards other viewers especially when it’s a game with a lot of details. They help me so I can focus on the game and its key aspects.

As far as games, I like to play Valorant, Rogue Company, 7 Days to Die, and Overwatch.

Games I would play if I wasn’t streaming: Metal Gear Solid, old GTA titles, and Prince of Persia.

As a variety streamer, I believe it's extremely important to play with your viewers so that’s why I do it.

My Channel is 20% persona and 80% me. I always thought of myself as a character. The only thing I added was a pair of Tommy shades.

Growing the channel just comes down to dedication and trust. If you're not dedicated to your stream and letting people know you're going to be back everyday, along with sticking it out, then your viewers lose trust in you.

The overall racism on Twitch was the biggest obstacle I had to overcome. It hurts most of the time but I knew it wasn't going to be easy so I made it my strength to continue on.

It took me about a month to reach Affiliate and a year and a half to reach Partner. It is a full-time job on top of my full-time job, which I really enjoy even though it's hectic most of the time. But it's also rewarding because of the people you meet and the clips that come from it are hilarious to go back and look over.

I'll keep this short and simple.

What apps, tools, and extensions do you use for your stream?

I use Streamlabs OBS, Nightbot for moderation, Discord temp server for playing with viewers, me and my team came up with the graphics and overlays.

I generally look at the built-in analytics charts from twitch to help me determine the games people enjoy watching me play.

Have fun, be consistent, and read your analytics.

Discoverability. And more strict policy on racism, sexism, and homophobia.