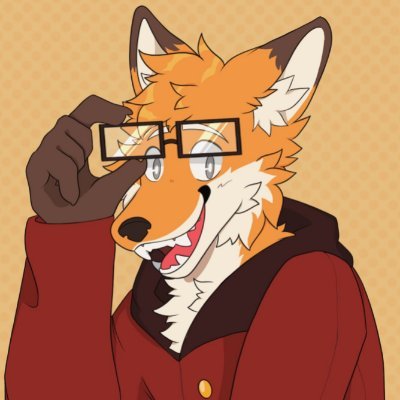 I started playing video games at such a young age and I recall it as if it were yesterday. It had been my 7th birthday at Chuck E Cheese and my dad bought me my first ever game which was called Open Season (Xbox) and that’s when my video game passion began. The game had such an impact on me because it surrounded my eyes in a universe full of fun and creativity. I’d come home everyday from elementary school to just play on my Xbox with my brother and of course now I don’t really play on consoles anymore but I do occasionally. If I recall, all the consoles I’ve ever played on were: Xbox (Classic), Xbox 360, Playstation 2, Gameboy Advance, DS, 2DS, 3DS and Wii.

I’d play with my brother all the time and sometimes my dad. As time progressed, my brother started to play with his friends and my dad had gotten too busy with work. Nowadays, I love to play with my friends as well and sometimes I do play alone, especially scary games! On the topic of that genre, I love games that have adventures, scares or stories behind them. I find myself so invested in lore sometimes that I even forget that it’s a game. Though, the games that do stand out for me are games that are scary. I love to be jumpscared in games because it makes my adrenaline rush while I try to figure my way out of the place.

The game that sparked my username was Five Nights at Freddy’s. I remember when I just entered middle school, made some new friends and a game called Five Nights at Freddy’s released and sparked a huge hype in my friend group. Everyone was talking about it and even drawing the mascots during class time. My personal favorite out of the franchise was Foxy. His role in the game was to hide in his Pirate Cove and not be seen by anyone on the camera but once you looked away for too long, he’d be running at your door. That’s when I loved using “Fox” in my usernames and overtime my usernames would be like “PirateFoxes” or “AnimatedFox” to what it is today. The “Intruder” part of my username doesn’t really have much meaning behind it besides making it sound really cool in my opinion.

I remember a year ago debating on whether I should start streaming or not. It was back when I was in a small community filled with people that were either passionate for content creation or just there to make new friends and hang out. Of course, my friends that were in that community also did Twitch but quit after a month or two but they were the ones who inspired me to begin. I remember asking them in a call, “Hey, do you think I should start streaming on Twitch?” and their instant reply was “Yes, I think you’d do great!” which surprised me a lot seeing it came from them. Their names were Cam, Jack and Cahriid.

I officially started streaming on July 29th, 2019. The first game that I streamed was Minecraft Randomizer UHC which had a strong interest in the community I was a part of. I’m not the richest but I did start with a decent laptop and headset. I remember hopping onto the Minecraft Server and clicked “Go Live” for the first time! I started with a bit of support as my friends lurked in my streams, spoke in the chat with me and even played with me! I still have a similar routine; I open Minecraft, Streamlabs and Twitch Soundtrack then I make sure my settings and camera are perfect and click “Go Live!”

I really started streaming because my friends thought that I stood out in the community and actually would have some decent success with my personality. I went in with the mind to just have fun, make friends and even make people's days! Of course, when I first began streaming, I had little to no knowledge or experience with the controls or settings and just winged it. Eventually, I realized that I needed to step it up and created tip goals towards upgrading my setup which had actually had a positive outcome! My laptop’s graphics card actually broke right after I began and with the help in my starting out community, I was able to get a new computer (the exact same one I use today) and continue pushing my career of content creation.

I’m so happy and forever grateful for the community that I’ve built in my time of streaming. My community is full of people who love to chat with each other, accept each other for who they are and overall be an welcoming community. Anyone who is new to my streams usually are always welcomed and sometimes even mention that they love the space!

I’m not the best when it comes to variety content but I obviously would love to push that in the near future! At the moment, I stream in my Minecraft Hardcore World and sometimes Minecraft Bedwars or Minigames. Though, outside of streaming, I love games like Roblox, Phasmophobia, Dark Deception, Lunch Lady, Resident Evil, and many more! It’s not like I stop playing Minecraft when I stop streaming, I love to play Minecraft Bedwars, Survival, Minigames and more. As of the moment, I don’t really play with any of my viewers since it is a single player gamemode but I do definitely plan on doing more streams with my viewers in the future!

I’d consider my brand to be about being myself! I encourage others to be themselves when it comes to either making friends, creating content or just general conversations. It’s always such a great way to see if people will like you for you as opposed to the opposite where others will like you for “what you have”. My brand is about my character, Fox, who is just a Fox but with sunglasses and a formal suit! I like to think that he represents who I am without a webcam as someone who is animated, chill and cool!

It’s been a ride to grow my channel, from trying out other games to Minecraft! Of course, Minecraft works best for growing my channel as I’ve played it for so long and know all the way around the game. Not only this but I feel like I put some extra effort into the game as opposed to others where they just play the game and talk about the game. I try my best to put some comedic skits in the game or talk about relevant topics that everyone can relate to in my streams. Not only has this helped my channel grow but consistently is definitely a huge factor to growth on Twitch especially. Everytime you’re offline, you’re no longer on Twitch’s recommended section so people won’t see your streams so every opportunity that you’re online helps a ton!

So far, my biggest achievement through streaming was being able to buy a computer from it! I had so much help from my community to be able to purchase myself my first ever proper computer (that I still use to this day)! Of course, I’ve gotten other things like Affiliate or Partner on Twitch which has helped my journey! It took me a week to become Affiliate on Twitch due to strong support in my community and just under a year for Partner!

“Don’t let the numbers control you. The day they do, your content will never be the same.”

The ability to meet so many other streamers and get recognized by them! Because of this, I’ve become friends with so many creators and people!

Usually I do streams at the very end of my day (so mostly when people sleep in my timezone). I tend to prepare a stream 15 minutes before it actually starts. First, I open all of the streaming software I normally use: Streamlabs OBS, Twitch Soundtrack, Chatterino and the game I’m playing (usually Minecraft). Next, I talk with myself about what I want to do or talk about during that stream and finally, I start the stream. My streams tend to be around 3-6 hours each and I love that fact because it means I can play while meeting lots of people from either recommended or raids!

I love the fact I don’t have to worry about being late to a job because with Twitch, your job is on your time. You create your own schedule for what is ideal with you and because of this, I get to spend most of my day chilling or talking and playing with friends. When my parents first found out that I started streaming, they didn’t really mind and my IRL friends think it’s pretty cool that I get to play games and have fun as a job. I feel like if I had to do this for the next few years, I’d try and make my schedule more flexible and take a few day breaks since nobody is an engine forever.

I like to use Streamlabs OBS, Twitch Soundtrack and Webcam!

Consistency on a Schedule is key to Twitch Partner. I’ve seen so many creators stream on random times and lose so many viewers because it’s too confusing. Put it into these terms: You know a restaurant opens at a certain time because of their schedule. Now imagine them without it, you wouldn’t know if they’re open at that time without it.

Offline Recommended. I cannot stress this enough, this would help so many creators grow and encourage creators to use their Introduction Video on their channel! As well, it would give them more opportunities to meet new people or have a larger fanbase!

I really want to push Content Creation for the next few years that I’m here. I don’t really have follower milestones but I do have community milestones. I hope that I can create a large, welcoming safespace community so that way everyone is happy and comfortable. When it comes to esports teams, I hope to join either HypeUnit, Spacestation Gaming or 100Thieves!

I also would love to be larger on other platforms such as Discord, Twitter and Youtube! I feel like I’d be such a great influence if I ever had a huge platform to be honest. I’d make sure everyone was doing okay, post funny pictures and spread a positive impact (not like I do already but it’d be with a larger impact/presence!).