JamesBond235 – ASMR Livestreamer Shares How He Went From Twitch Mod (for 30 Channels!) to Twitch Partner 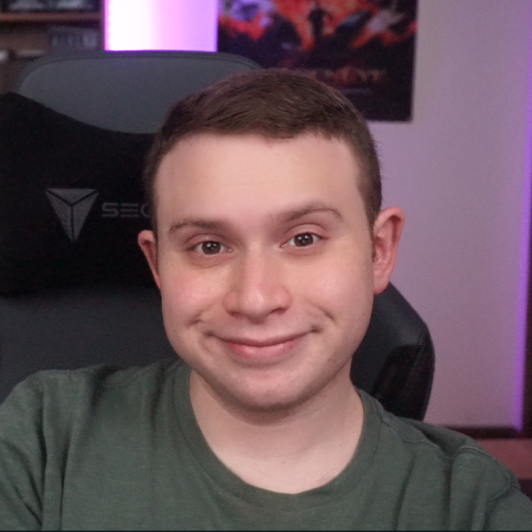 I’ve been playing video games since I was a kid. My first system was Nintendo 64. I spent countless hours playing GoldenEye which made me fall in love with FPS games to this day and left a lasting impression. GoldenEye had a fully realized world and exciting maps and was exciting to play every time. But there were other games with realized worlds that I enjoyed such as Mario 64, Mario Kart, among others. Since then, I’ve owned Playstation and Xbox consoles and always enjoyed computer gaming. Today, I mostly play FPS or horror games such as the COD series, Dead Space, and System Shock and enjoy both consoles and computers.

My Twitch handle/gamer tag came from my love of the James Bond series which my Dad introduced to me as a kid. We would watch the movies together. Later on a favorite babysitter was an avid Bond fan who showed my brother and I all the films. Therefore cementing my passion for the series. The “235” part of my tag was something I thought had a nice ring.

I played video games with my brother and my best friends. Yes, my friends and I still play video games with each other whenever possible. What sparked my passion for gaming was the ability to play in another world that was interactive, fun, something that could help me pass the time and relax after a long day.

Growing up, I was interested in video games, movies and comics. Eventually, I discovered Twitch and other streaming platforms as a way to watch experienced gamers and content creators. I began to realize that I too could create content that others might find appealing. I began by modding for several streamers whose content I enjoyed. Two years ago I began streaming video games and ASMR on Twitch, and the rest is history.

The way I was able to validate the idea of streaming for myself was looking at it as a career path and something fun to do with friends and viewers. When I started streaming I was employed as a janitor, I split my time between work and streaming. So, it was an interesting balance doing both things and being able to devote more time for streaming.

My channel started off mostly as a gaming channel, but has evolved over time to focus mainly on ASMR. Like everyone, I started small, with only the support of a few viewers and friends. In December 2020, I became a partner and the channel has continued to grow (22.8K followers on Twitch). My goal is to provide people with enjoyable content and offer them a space where they can feel welcomed and accepted.

The channel has 20 mods who are an essential part of the community. They help make sure that everything runs smoothly while I am streaming.

An essential factor in the channel’s growth has been making sure I interact with my viewers in order to find out what kind of content interests them. Sometimes we’ll game, other times, I’ll do ASMR. I try to keep the stream fresh with new games and new ASMR triggers so that viewers stay engaged.

The best way I can describe my community is, they are ultra chill, laid back, intelligent and fun. My viewers are always warm and kind towards new viewers and always greet new people entering the community. The content I typically stream is ASMR mixed with mostly retro gaming. It helps people get sleep and in general lets people be very sociable. When I stream games, they generally fall into the categories of FPS or survival horror, which includes COD, Duke Nukem, Dead Space, Alien Isolation and blood.

When not streaming, I play the same type of games I would play on stream. But I found that , despite what games I played, in the end, people really came to me for chill time and to talk. It wasn't until recently that I started playing more multiplayer games with viewers and friends on stream or Discord . But generally, I prefer single player games. Usually when not streaming on my discord almost every Friday, viewers and I watch films together varying from Sci-Fi, Horror, Action and other genres. This further cements the friendships I have built with many of them. We talk a lot on the server and in dm’s, which are always open to people if they are in the mood to talk.

At this point, I’m mostly known for ASMR and my love of all things James Bond. I try to bring a unique perspective to the ASMR community and make sure that the atmosphere is fun, yet relaxing.

To achieve success, I’ve found it’s important to find out what my viewers want to see, make sure to interact with the community outside the stream, and also to participate in other people’s streams when possible. The more people know about you, the more people will watch your content.

Dedication, persistence and consistency are also important factors in achieving success. It’s a slow process and patience is key. If you interact with the community, people will be able to help you learn the ropes.

I never went into streaming specifically with creating a brand in mind. I always found that being myself represented my channel best, and is what got people interested in me and my content as I grew. I was able to expand my channel through extensive networking like modding for many streamers and I also made a lot of friends who would hang around my stream. A year before I started streaming , I made people aware about what I planned to do by socializing with friends and viewers of other channels through whispers on Twitch and across other platforms. I told them about what kind of content I planned to provide.

When I started streaming, it took me two days to get affiliated because at that point I had been a mod for over 30 channels. I was affiliated on April 1, 2019. Many people knew who I was, but no one knew what I looked like so many curious people wanted to see the man behind the mod. It took me about a year and half to reach Partner. I was partnered December 27, 2020.

I find the biggest challenge for me is balancing family life and streaming, plus managing my time to the best of my ability.

The process of making stream a side gig to my full-time thing was about a year. I started doing full-time streaming July 15th of 2020. With COVID and all the things considered in the world, I thought it was a perfect time for me to help others and to also get into more content creation.

I like to keep a consistent schedule. Since I usually stream at night from around 11PM-5AM, I sleep until 12PM-1PM, and then do my chores, errands, work out and eat dinner. About an hour or two before my stream, I take a nap so that I am refreshed and ready to go. I stream for about 5 to 6 hours a day and treat streaming like a job.

My family and friends were supportive of me from the start and are very accommodating, trying to help me make my streaming gig successful. On my days off, I either try to come up with new YouTube content or just take a break. My break entails seeing my friends. Again, I treat streaming like many people treat their jobs. My family and friends reacted with interest and excitement. I see this being a maintainable lifestyle long term, as long as I have the determination and good health to do so.

For the stream itself, I use Streamlabs OBS. I find it has a full range of tools, which help me make the stream better. Outside of the stream, I use several different platforms, such as Paypal to collect donations. Discord is great for organizing with my mods and interacting with my streaming community. Plus Discord lets me really connect with my viewers outside of Twitch and other platforms. I use Streamelements and Nightbot to get my messages out there and also have mod commands available in chat. I use basic overlays. Having my stream as decluttered as possible makes everything easier to see for me and my viewers.

For affiliate marketing I use Amazon Blacksmith via Twitch. Also, I use BTTV for animated emotes and as a modding tool. Some of these platforms I discovered on my own and others were recommended to me. I try to keep on top of Twitch analytics which provide a better idea of how I am doing. Long term, doing all kinds of content on and off Twitch is what affects the results on the analytics page.

What advice would you give to small channels trying to reach a Partner?

Keep grinding away. Reaching Partner can be a slow process, but it is doable. Use the money you earn from your stream to buy better equipment to improve the quality of your content. Also, really focus on building a community of viewers and mods both within and outside the stream. I'd recommend always making your face visible when streaming. People are better able to relate to a face than just audio. Plus, enjoy what you do. Viewers will enjoy your content just as much as you do if they see your enthusiasm.

I would like Twitch to offer more responsive support to streamers, Affiliated or Partnered. It's important when running a platform to be available to your content creators.This is needed not only to resolve certain issues that occur while streaming, but also to improve the Twitch experience for everyone. Overall, Twitch is an amazing platform that makes all of this possible.