KuzuryuIo – An Animated Variety VStreamer Who Loves to Play JRPGs 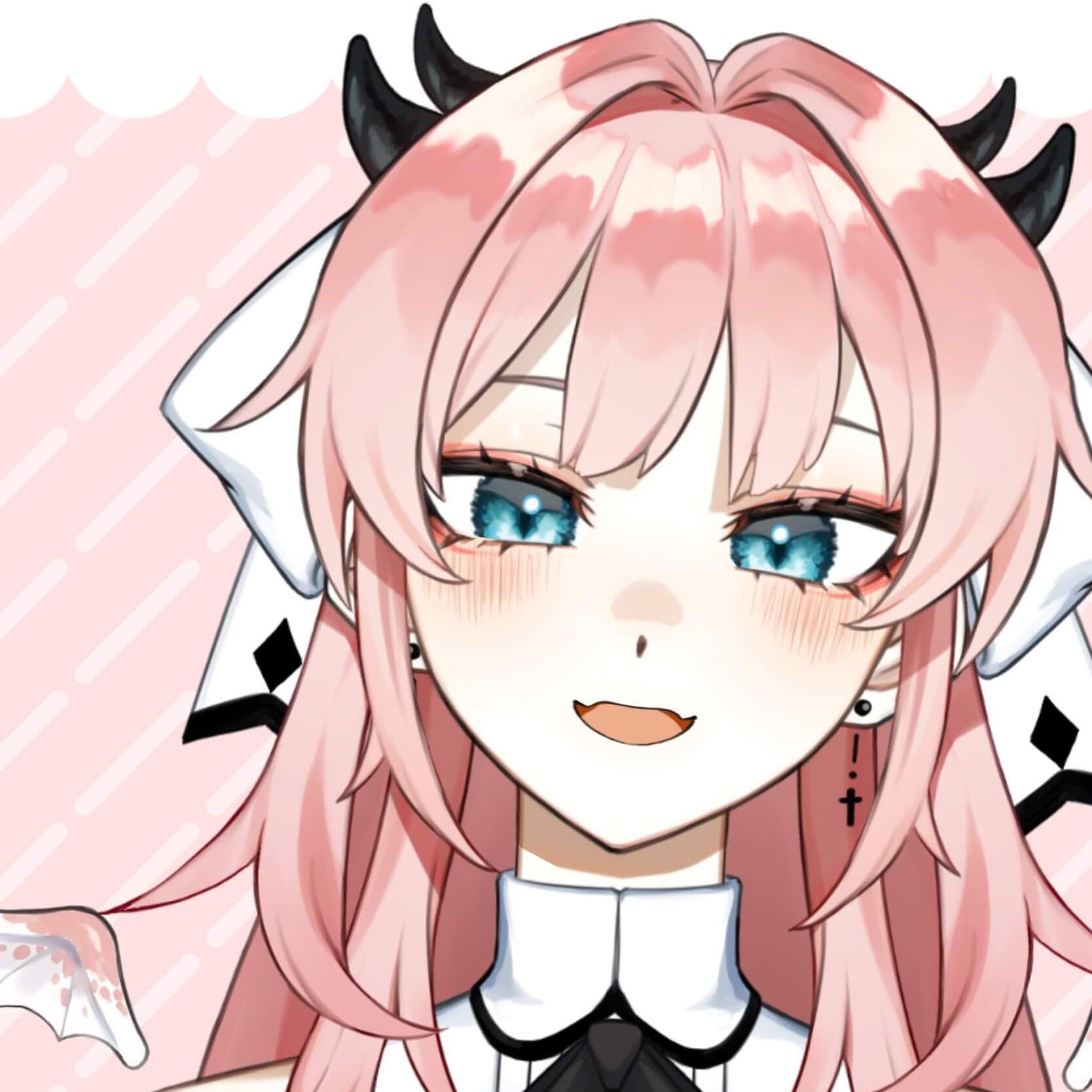 My gamer uncle was one of my favourite people growing up, and little me was heartbroken when he moved away to another country. He left behind a glass cabinet filled up with all these old video games, but I didn’t have a console to play any of them until I found this beat up PS2 at a garage sale (years and years after it had gone out of circulation)! Amazingly, the PS2 still worked fine even though it looked like it had been through hell, and I loaded up my first game. It was some old JRPG called Xenosaga I, and turns out the disc was so scratched up that I couldn’t load it past the halfway point, but I was hooked and spent the next few years trying to dig up copies of the sequel games. Now I’m an edgy gamer that played too many JRPGs growing up and I think boss fights where you literally fight God are lit.

This question is very hard! I wish I had a cool or inspirational backstory, but mine’s really simple. One day I looked up, and a lot of my friends had suddenly become Virtual Streamers! So I made an avatar so I could play video games with them. Genuinely, I had no streaming experience, and had never even considered streaming beforehand. Now it’s been almost 5 months, and I’m still kind of terrified.

Even though I went into it all very relaxed, I wanted to put my best foot forward within my limited scope, so I just did for my debut stream and all my subsequent streams. I want to give back to my audience where I can, you know?

If I’m going to talk about backgrounds, I have to talk finances - virtual streaming is expensive! You have to have an avatar, you have to make it move, you have to have all of your visuals set up - to do all that, you need to put down a lot of dollars upfront. Not everyone decides to start off with those, but I wanted them, so I had to save a lot beforehand!

When I started streaming, I never expected to get here, but I can confidently say that my community is one of the most amazing ones I’ve ever encountered. When you’re a streamer, you’re not really thinking about the sort of creative talents your community has - you’re mostly busy thinking about how to improve your stream, how to talk better, that sort of thing. But if you want something creative, our community’s got it! Video editing, singing, drawing, designing - it’s nuts! Everyone’s definitely really welcoming, and I like to think we’ve turned into a good space for people to just pick up new creative hobbies (or old hobbies) and go nuts with it.

Meanwhile, I’m a very whimsical streamer. I stream whatever I want to at any time. Sometimes I chat, sometimes I draw, sometimes I game. My favourite types of games are the old JRPG-esque ones, creepy RPG maker horrors, and those ridiculous painful games that make you want to cry….like the one with the man in a pot and a sledgehammer. I stream a lot of that soul wrenching stuff. I love games, so whether it’s on stream or off stream, I’m gaming - but streaming’s definitely given me a chance to look up more games! The ones that I can play with my community are also really fantastic, like Among Us or Tetris. I’m always on the lookout for those.

You guys ask tough questions for a VStreamer!

It took me about 1 week to reach affiliate, and about 3 months to reach Partner. I actually met all the requirements for Twitch Partnership in the same month as becoming an affiliate, but the Partnerships team over at Twitch wanted to continue to keep an eye on my channel for a bit (rightfully so!) Right now, I’m not a full-time streamer. I’m not sure if I’d ever become a full-time streamer - the business side of streaming has never been my forte even though I acknowledge it exists. My goal with streaming is to just have a good time, make some good memories along the way, and be able to play lots of games!

Talking the honest stuff, I’m definitely not 100% myself during streams. There’s acting going on, and there’s a lot of considerations in mind like what sort of community and viewership I want to become home to. The balance between playing up my avatar character and being myself is hard!! At first I thought I was going to be a lot more the character, but turns out I ended up being a lot more myself instead. I think one of the most important things about streaming is thinking about what you yourself would enjoy watching, if you were a viewer. I really like relaxing streams that can be down to earth, so that’s what I went for, with a little bit of acting in between to keep up the fun! I think my streams will end up too boring for those viewers who like a bit more pizazz, but it’s just about right for viewers who like to vibe. Or so I hope!

Since I had no streaming experience coming in, I think there was a lot of hard thinking and brainstorming involved when I was thinking about what sort of streamer I wanted to be. I still have some time once a week where I reflect on past streams and write down notes about what sort of branding I want, and whether I’m achieving it. It was important for me to figure out my goals for my streaming, and a tangible direction I wanted to head in. The main question I kept asking myself was, ‘what is the viewer experience going to be like coming into my stream?’ and I think that ended up being my golden question. I gear everything in my channel and branding towards the viewer experience.

I stream about 3 times a week, generally twice on weekday evenings and once on weekends! Before stream, I’m usually relaxing and drinking something good for my voice, and jotting down a loose structure for the upcoming stream. Sometimes, if it’s a special event stream, I have a lot of prep work to do, like figuring out brand new overlays or creating assets and activities. After streams, I tend to rewatch my VODs and read over all my comments, and I like to just feel good about the stream and the interactions from it. It makes me happy, you know?

I don’t really have days off! I work a lot, and in between I stream. If I’m not working or streaming, then I’m preparing content for my streams. I’m super introverted and super goal oriented, so I really like just getting down to work and hashing content out, and I feel pretty satisfied that way. My family and friends don’t really know I stream, but some secrets are meant to be kept secret!

Tell us what tools/apps/extensions you use for your stream

My graphics come from everywhere! I commission a lot of artists because I love seeing their takes on my character. If I got into the full list of credits it would take way too long, but they’re on my Twitch page!

If you’re into singing on stream, I recommend SingerStreamBot! Find yourself some copyright-free music and sing away.

I do take a peek at analytics just to see what sort of streams draw the most interest - surprisingly enough, I’ve discovered Just Chatting streams where I’m not doing much of anything are my most popular streams. Bizarre, right?

Stream! Stream lots, stream consistently, and find yourself a niche of things you actually enjoy streaming. Your passion will show through your audience!

Better algorithms for finding recommended channels! I’m a streamer, and I can barely find other streamers I want to watch :(