A Look Into Kyente: A Partnered Streamer With Big Aspirations 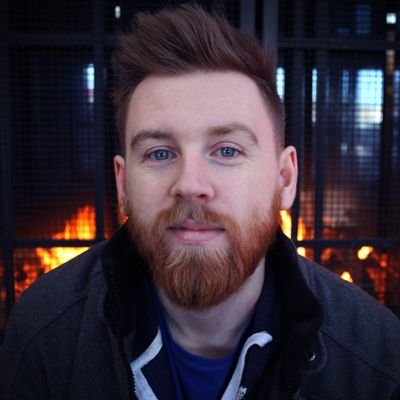 Kyente is a full-time variety streamer. He’s also an aspiring actor and found Twitch at a pivotal point in his career. Be sure to check out his stream, where you’ll occasionally find two bunnies and Bunheadwhat making appearance from time to time.

Kyente is my middle name so the answer to “How’d you get your name?” is my mom! I remember trying to find a username online for things and everything I chose was already taken. My brother used his middle name but spelled differently as his username so I thought I would do the same thing. Except I never bothered to spell it differently!

First time I heard of Twitch I was living in Toronto as an actor trying to “make it big”. Living in a 6x7ft room living on an air mattress and auditioning like crazy. I was really interested in Counter Strike: Global Offensive and heard I could watch a tournament on Twitch. While watching the Tournament I saw randoms broadcasting and that’s when I learned what streaming was!

Favourite part of streaming is the entertainment. Playing games is fun but what I love most is the ability to entertain. Telling jokes or reading something in chat and randomly come up with a song about it.

Is streaming your full-time job? If so, when did you decide to? Did your family and friends support this decision?

I’ve been streaming full-time since November 7, 2015. I decided to go full-time because I didn't want to spend another second at my current job. I spoke to my girlfriend (Bunheadwhat) about it as she was in school at the time and I was supporting us and she told me to go for it. She’s always been supportive of me streaming even if it can take up more of my life than a normal 9-5.

My family didn’t support the decision other than my brother (though they are cool with it now) and my friends aren’t into video games at all. I think the most recent console purchase one of them made was a PS2.

How did you meet your girlfriend? Does she help with the stream?

I met Bun in High School. We were both theatre kids and took Musical Theatre together. As weird drama kids, my classmates decided to start a “fight club” prior to the performance which was really an excuse for the boys and girls to “wrestle” each other. I got paired up with Bun as she liked me a lot and I enjoyed the attention. We started to wrestle and I snapped her arm in four places. She said it didn’t hurt and still performed that night on stage.

She helps with the stream a ton. I basically count her as a streamer since she streams with me every Monday and is always helping with stream. Whether it's with emails, booking flights, organizing my life or just giving her opinion on certain aspects of the stream. Couldn’t do this stream without her.

What types of streams do you find the most interesting?

I’ve always wanted to be a chill streamer but I'm chill maybe once a month. I’m almost always high-energy running around my room or improvising songs on the many instruments I have!I love all sorts of games! Anything that interests me I’ll play so I go from Euro Truck Sim to GTA V. I love IRL streaming (outdoors) and plan on more IRL streaming in 2018.

Going full-time a year before partnership. Streaming for 50 hours straight by myself. Streaming to 86.5 hours with Bun. Getting an official meet and greet at TwitchCon. Being recognized in the street. Getting partnered! Organizing Twitch Winnipeg with Bunheadwhat! Meeting people who would end up being some of my closest friends.

Have you ever viewed streaming as a chore? If you have, what got you away from feeling like that?

Yeah, I think there will always come a time when somedays you just don’t want to stream. You may have a bad day or just don’t feel like playing games and having to turn on the performer mode is tough sometimes. The viewers notice it right away and it can definitely negatively impact the stream.

There was an entire month that I struggled with it. I remember snapping at viewers for saying things that generally would never bother me. To get away from that it can be as easy as just trying out a new game or doing whatever you want on stream that day. Taking a few days off can also really help. But I mean REALLY take time off. Get off all social media. Go for a walk.

I wouldn’t be able to do this full-time for the past 2 years without them. They are extremely supportive and helpful to new viewers in chat. I’ve noticed many of them started streaming and whenever I go to check them out I see other community members watching them. It’s great to have a support system like that. Helps everyone grow.

How difficult is it trying to keep a personal touch or feel to the stream with more viewers and subs?

It can be a little bit of a struggle. Mainly things that you may have done when you had 10 viewers can’t be done when you have 100. I used to have sound effects in my channel that viewers could play during the stream. It got to the point where I couldn’t speak because people were spamming these sound effects every few seconds. Things like that can’t be possible for a larger scale as it gets too hectic. But the main focus hasn’t changed. I am still the same person. I still talk the same way I did two years ago, I’m just talking to more people.

Skydiving is one that always sticks out. I made it a 500 sub goal back when I first got partnered and before tiered subs and sub gifting was a thing. The entire stream at the zoo was amazing. There is probably 300 twitch clips of the entire thing and I was on the front page of Twitch that day.

Who is your favorite streamer? How do they inspire and motivate you?

This is a tough question. I always get motivated when I look towards those A-list streamers. But those who inspire me would definitely be Stronk and Purple. They are some of the funniest guys I’ve met and the most creative casters i’ve seen. Watching them is the best decision you will ever make.

Have you faced any struggles or hardships during your time as a streamer? If so, how'd you fight through them?

It’s a hard question to answer. Yes, I’ve dealt with my fair share of hardships. How did I fight them? Some I had the ability to while others I couldn’t do anything but sit there counting down the days until it stopped. Having Bun there beside me helped more than anything. She will always be on my side and truly is the best thing in my life.

Any advice for new streamers out there?

If you want to do this just for fun then you don’t need advice. Get your stream on! If you want to stream as a profession, be careful. Quarterly tax payments will be your best friend.

Where do you want your stream to go? Are there any short-term or long-term goals you have set for yourself and your community?

I want my stream to continue its upward trend and see how far we can go! Some short-term goals I can’t talk about as they are in the works. But hitting 1000 subs before November 2018 and I’ll get a tattoo. Long-term would be to possibly buy a house and have a really nice studio. Outside of streaming I’m currently working on a few acting projects. My goal in life has always been to be a professional entertainer. I’ve hit that so much earlier in my life than expected so trying to get into other aspects of entertaining (broadcaster, actor, host, singer).

Until I stop being funny or entertaining to my community. Truly as long as they will have me, I'll be there.