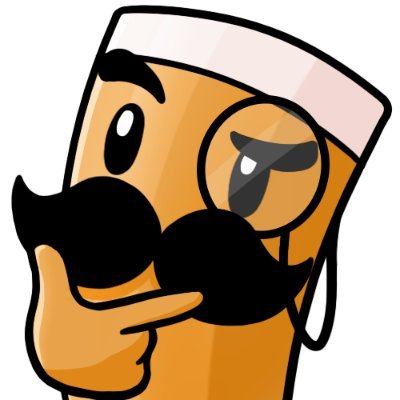 My passion for gaming began for me as a young boy. My first memories of gaming were of Pitfall and Combat on the Atari 2600. Eventually I would branch into PC gaming on an old Tandy 1000 286 from Radio Shack! Sierra adventure games were a staple of my youth, and also NES, Gameboy and SNES titles. My passion for gaming all started with the joy of co-op play with my friends!

My road to streaming was an interesting one. I discovered Twitch on accident in the fall of 2014 while looking to purchase a game on my Xbox One. I was fascinated with the idea of being able to chat with someone in real time while broadcasting gameplay! After a few months, I decided to try it myself! Originally, I streamed on my Xbox with a Kinect, but after a few months I decided to build my own PC in order to improve my stream quality. I had ZERO experience with ANYTHING streaming related when I started. Thanks to the power of Google, and with the help of a few online friends, I was able to piece together my first PC and really start to expand what I was capable of doing on the Twitch platform.

The name for my channel, MiddleAgedStream, comes from an article I read around the time I began to stream on Twitch. The article referenced that the median age for people that play video games was 34. I was 33 at the time and thus “MiddleAgedStream” was born! My community is typically older than the average twitch viewer, however they are among some of the most entertaining and funniest people I’ve ever met!  Much of my audience comes from the Retro community, which is the majority of my content these days. If it wasn’t for streaming, it is likely that my love of video games would be a bit diminished, mainly because my joy of gaming comes from being able to interact with others while playing. I like to think of my stream as a big couch everyone can plop on and hang out.

The biggest success I’ve had on Twitch has come in the last year. After 5 years of streaming to average of 25-30 CCV, I decided to totally reinvent what I was doing in order to create content I thought people would really enjoy. I switched from using a facecam to an avatar, specifically, an avatar that looks like a pint of beer. Not using a facecam made me more confident and less worried about my personal appearance which led to a ton of new ideas and growth! My biggest achievement on Twitch so far has been learning what works for me as a streamer, and being able to turn that into a growing community. (Partnership after 6 years was another nice milestone!)

I had a viewer tell me that they likened my stream to an episode of “Adult Swim” on Cartoon network. I spend a LOT of time creating different scenes that I use throughout my stream in order to keep viewers guessing what will happen next. Knowing how many creative and talented people work to animate Adult Swim cartoons, I took this a great compliment! I liken my streams to a show or experience. It’s not just me playing a video game. There’s all kinds of gimmicks and fun tropes and memes I add in!

I think the most interesting thing that has happened to me as a streamer is that it provided skills for me that I can use in both my job and personal life. Streaming has helped me with public speaking, time management, efficiency, A/V skills, and also the ability to be a better listener. When I first began streaming, I had no idea the amount of work or complexity it would take to create good content. Now? I think it is fair to say that I am a seasoned veteran!

I usually stream 4 days a week, in the evenings from about 8-12. The only pre stream processes I adhere to are to check all my equipment and programs to make sure they are ready to go. I work a full time job as a HS history teacher, so unless it is summer time, I can only usually stream at night. My wife and son are very supportive of my streaming habit, in fact, I now bring my 10 year old on stream with me on Saturday’s as he wants to be a content creator himself someday! I like being able to spend quality time with him in this way! With regard to how long I will stream, I can’t really answer that question. Truthfully, my current plan is to keep streaming until it isn’t fun or feasible to do so. Right now I’m having more fun than ever before!

There are several streaming resources that I like to use, but my two most useful resources are EposVox YouTube channel and my good friend (and fellow streamer) Naaackers Streamer Library.

Being authentic is important. People can see through you if you are not being genuine. Watch a lot of twitch. Good channels, Bad channels. You can take something away from EVERYONE you watch. Figure out what you WANT to do, and what you DON’T want to do.

More discoverability tools to find new streamers. The “recommended for you” section would be great, but half the time they are people I already follow.

My only immediate goals are to seek out a sponsorship opportunity with a Beer distributor, and to continue evolving my content to enhance the viewing experience. I love streaming, I know I am good at it, but there is ALWAYS room for improvement!