Obrodo – FPS Streamer Who's Built a HUGE Following Through TikTok 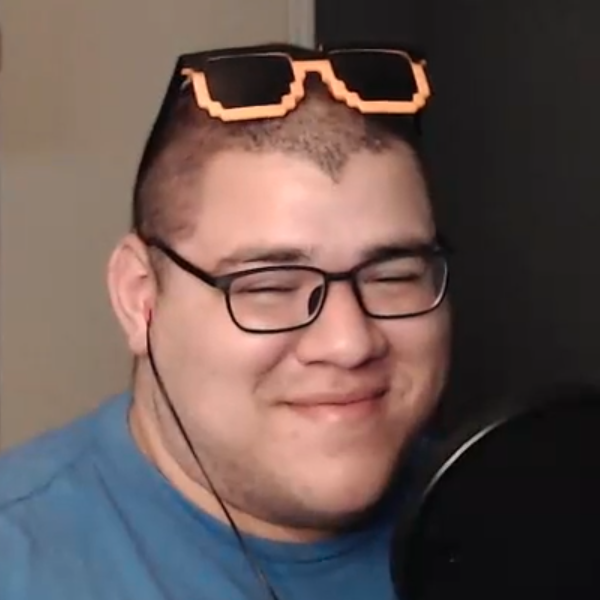 I remember when I got my first N64. I borrowed it from a friend and he gave it to me with Mario 64 and Mario Kart. The moment I started playing I was hooked. It was an escape, a different reality. Which lead to me wanting even more.

I played mostly by myself. Bought my first Xbox on my own and figured out how to get it setup through Xbox Live. I played ALOT of Conker: Bad Fur Day, Black, and whatever else I could rent from Blockbuster. Once Halo 2 came out, I met some kids around the neighborhood who played since I only had one controller, and we started gaming in 4-player split screen lobbies. We bet Yu-Gi-Oh cards, Pokemon cards, and it was honestly a blast.

Once the Xbox 360 came out and I picked up Gears of War and MW2, it was all downhill from there. 1v1’s, 2v2’s on canals in Gears of war, which are on YouTube, and MW2 sniper lobbies just made me want nothing more than to never stop playing. I remember people putting FaZe in their names and getting slapped because they tried to copy what YouTubers did.

My friend Rob came to my house in my early 20’s and built me a PC. He wanted someone to play with on EFT and wanted to do something nice for me since I was always on console. I’ve always had a knack for video games and picked up CSGO, Overwatch, Apex, and plenty of others. Some of my notable achievements are LEM in CSGO, B+ in ESEA, Champ 3 in Rocket League, Diamond in Overwatch. FPS has always been my favorite genre and I’ve made a bold statement to my stream. Give me time, give me 2 years of full time streaming and playing FPS games, I’ll be as good as Shroud. Mark my words.

Funny story. MoistCriTikal? I remember meeting him when we were both in high school in a Gears of War lobby. He was trying to do a Torgue bow ricochet montage and we ended up queuing together for 2-3 days while I helped him get the only one that spawned on Canals. He messaged me the video once it was done and I thought it was awesome. Couple years ago going through my YouTube subs I saw he had like 5.5m or something crazy. Good for him, he’s an awesome dude.

I started streaming for my girlfriend actually. She used to watch me stream on Steam all the time and once her company banned the website, I moved to Twitch so she could keep watching me at work. My friend Rob actually built my first ever PC to get me off of consoles, and it’s be a wild ride since then.

I would stream off and on when I wasn’t working and when I was playing stuff. I felt like I played video games a lot, so why not stream it? Some people would come in, some of my oldest clips were of Batman: Arkham City and Dead by Daylight.

I never ONCE dreamed I’d get this far in streaming. I remember talking to Lisa, my girlfriend, designer, and admin, and telling her that I’d like to build a community that’s chill and wants to hang out. I don’t act differently on any platform. My Twitch is just me in long form, Tiktok is me in bursts, and god forbid you become a mod and we chill daily. You have to deal with my antics constantly.

She always said I was entertaining, it just took luck to finally get noticed. It really started to sink it playing Apex. I bought some packs because the Obruddas wanted me to have the Gibby Heirloom in Apex, and I went live at 8:30am to open them. 45 people showed up for a random stream and it really started to feel like I wasn’t just a fluke. We decided as long as I’m making enough to pay bills each month, I can dedicate myself to full time streaming.

Beforehand, I was a cook/chef. Worked in a resort/spa in Florida and a place called Grillsmith. We weren’t too well off, and only managed to scrape by because she has a well paying job. Streaming has really helped my mental overall since I feel like, for the first time, I can actually contribute and even help pay off some of my own debt, instead of just keeping my head above water.

Oh man, my community. The Obruddas named themselves. I asked the question on Tiktok and the first answer was the Obruddas and it just stuck. They love new people. I want my stream and chat to feel like homies talking to homies. A place to get away from all the crap in the world. The hatred, gender, racial stuff and just come chill. Everyone to me as my dude, my guy, homie, or just an Obruddas. It’s all about Obrudd-US.

I usually stream Apex or some kind of FPS, but we’ve been mixing it up lately as I tend to play all types of games. Once Dying Light 2 comes out, I’m going to stream until I pass out because Dying Light 1 is hands down my favorite game of all time. Techland, if you read this, hey. I still dabble in CSGO and Valorant from time to time, but mainly stick to chill games or Apex. I also LOVE horror games, and have almost beat every one that’s out right now.

If I wasn’t streaming, I’d still play games all the time, just feel worse about it. Playing stuff I want to on stream and actually feeling like I can make a living doing it, just makes me feel great. I’ve almost sunk around 30-40 hours a week into gaming when I worked, but now I get to do it as a JOB and it's absolutely a dream come true.

My brand is just me. I act as myself, no persona, no nothing. I’m Obrodo all the time. I never wanted to be anything more or less than that. I try to foster a nice home for people who just want a chill, competitive stream and a chat who wants the same. The cheek thing just kinda stuck, even though twitch keeps removing my emotes. I say “wow he’s cheeks” as kind of a funny insult to say “your bad” or something. And the chat loved it so it became the main point of the channel.

People may bash Tiktok, but if it didn’t help me. Tiktok brought in so many people to my stream. I would even say it's the only reason I’m here to be honest. I began talking about Apex stuff around 3k on Tiktok and blew up quickly to 20k. Started talking about my stream and went from 5 average one weekend to 45 in less than one week. People can dislike Tiktok, but for growing a small stream it's invaluable. I would say DON’T do what you see people do. The random videos of them recording their OBS saying “hey im live come through”, that doesn’t tell me anything about YOU. When people want to watch a stream they come for YOU.

Took around 3 months to reach affiliate once I started going for it, and 2 months for Partner once Tiktok started popping off. All in all, I’ve been streaming 4 years, 3 of which were affiliate and the last month has been Partner. I’ve already switched to full time streaming, and plan to keep it this way.

Believe it or not, off stream I don’t play as much anymore. Most of my time is spent going through clips for Tiktok and YouTube. Editing, responding to comments because I read each one, and working on making my discord and whatnot better over all.

Before streaming I make sure I have my water set because hydration is great. My soft light is turned on and my green screen is correct, which half the time it’s not. Setup my Tiktok tripod since I’m live on there at the same time and hit both the go live buttons at the same time. No starting screens or anything, I like talking to chat and seeing people show up, it's amazing to me still. Once we get through stream and I end, I hop into the mod chat in discord and show them how we did that night. They like to know unique viewers, chatters, and the average of the day. So I show them, it’s a fun experience when we have a pop off night.

So, this is going to sound weird but, I don't get anxiety or anxious energy. Face to face or through a screen, I talk the same, act the same, and interact with people the same way. It’s never bothered me and never will.

My family doesn’t really know nor care since we don’t speak. I won’t go into much detail past that. But this streaming is something I’ve always WANTED to do, but never actually planned to happen. It’s all happened so fast and sudden it feels like a fever dream, but it’s sticking and were only going up from here. As my chat says OBRUDDAS TO THE MOON.

OBS studio is a must. I’ve never cared for Streamlabs as I never touched the bloat it has on it. Studio gives me so much more control.

StreamElements go hand in hand with OBS. It’s overlay system, bot, and tipping is all within the same client and it’s wonderful.

Fossabot and Nightbot. I use Nightbot as a chat mod because it’s quick and logs chat. Undeniably the best as a chat bot. Fossabot I use for timers and keywords. You can make it say thing like when someone asks me what my main is “who’s your main” it’ll pick up the word “main” and respond instantly with “No one. I play who I feel like playing”. It gives the mods more time to hang out and interact with chat instead of answering people constantly.

All my emotes, graphics, and everything were done by me, found on the internet, or done by Acrella. She’s done EVERY single emote we have and is very proud of it, I am too, they look awesome.

Be yourself. If you get popular, you don’t want to maintain a fake face to stay popular. People will give you tips on how to be a better streamer, or how to make yourself unique, but if everyone is doing that tip, is it really unique? Personally, I never followed those tips I just did what I do and people love it. Be yourself, you are the only person who can do that.

Customer support. I had an ongoing issue with my branding and they refused to give me any answer aside from the typical “noreply” or “bot” answers. Once I got partner, it all got resolved though. But that leaves the affiliates in the dust. So that, fix the support.