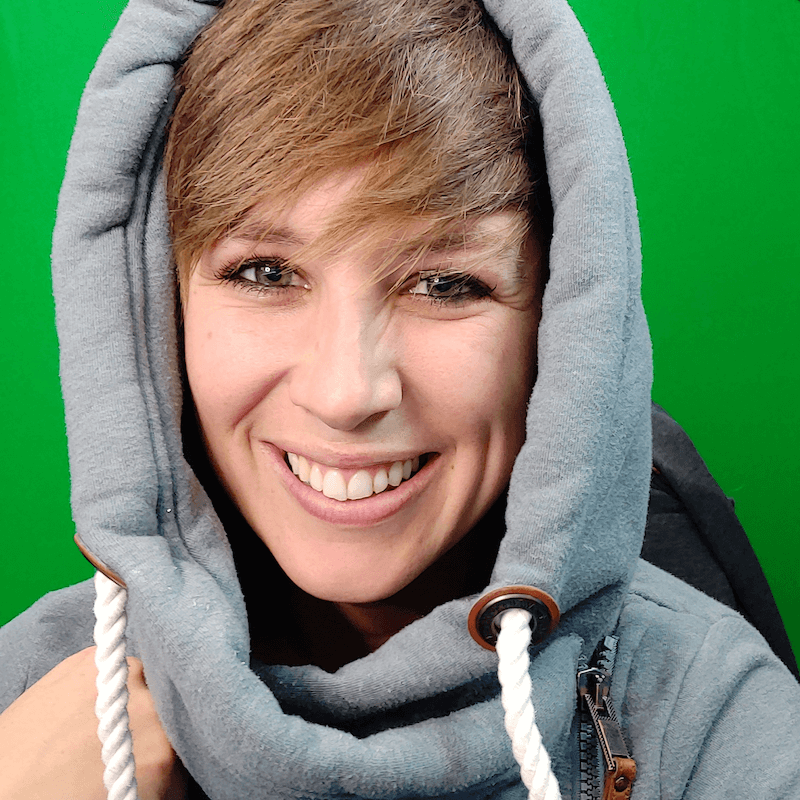 I grew up watching my mom play games while I sat with the compendium offering her help whenever needed. The two games that stand out the strongest in my memory are Parasite Eve and Final Fantasy 8. They're the games I started hanging out with my mom while she played and I loved every minute of it. The struggles, the laughs, the jump scares. Everything! We had a SNES, Playstation, and N64 throughout various stages of my childhood. I loved 007 Golden Eye even though I was awful at it and my uncle always kicked my butt. Those consoles were definitely the start of gaming for me but it still wasn't a passion, more a pass time. I began dabbling on the PC with Sims and Roller Coaster Tycoon when my mom built her first PC and gave it to my sister and I, but those are the last games I played until after I got married.

After I married a super nerd my gaming took off again. He introduced me to World of Warcraft and the addiction began! I fell in love with all Blizzard games and over the course of 10 years that's all I played. World of Warcraft and Overwatch were my GAMES! I've got over 10,000 hours into Wow and 3,000 into Overwatch across accounts. It grew into a later-in-life-passion then most people I've met who grew up playing games and didn't stop like I did, but that's made streaming fun!

My passion for gaming grew from my love of people. I enjoyed making friends online and gaming with my hubby. I'm 100% a social gamer which is largely why I didn't game a lot in my teens. I just love gaming with people! I also love writing and reading which made games addicting for me because I enjoyed learning the lore and creating characters with stories in a game's universe.

My Twitch handle/gaming tag originated from nothing more than my love for otters. I grew up eating Otterpops and the hubby thought it would be a funny gaming tag and play on words. Thus I became Otterpop18. The 18 is the year I started streaming and the day of our wedding anniversary. Also the original Otterpop name was already taken! Ha!

I started watching a buddy of mine stream on Twitch back in 2015 and lurked a lot to give him support. I didn't know what it was beyond a platform he gamed on for viewers. I contacted Twitch about streaming my workouts and they came back with a "No you can't stream that on our site". After that I occasionally watched my friend and a few bigger streamers but I didn't give it much thought anymore.

I always gamed a little in the evenings after my family went to bed and one day my hubby asked if I'd ever be interested in streaming on Twitch since I'm already gaming at night. He had a friend who used to stream and could show me the ropes. I got super excited and with his friends' help we set up my Twitch!

My plan was to give it a year and see how it panned out, if I didn't get any traction then no harm no foul I at least tried! And boy did I try! I poured everything into my stream and by the time a year came around I had built an amazing community and had fallen in love with everything about streaming.

I started with no network of streaming friends, I learned everything from first hand experience, and eventually built a network of amazing friends. However, without the support of my hubby this never would have become what it is today.

I affectionately call my community Heathens. We are all toxic and troll each other but like a family does, never crossing the line between teasing and bullying. Everyone greets each other and asks about their days, and welcomes new friends. They're all incredibly supportive, constantly there for me when I'm having a bad day, or promoting a big event.

I'm a Phasmophobia content creator but I also play story driven games like Witcher, Bioshock, and Mass Effect. Those are some of my favorite game series of all time. Before I started streaming I played games for the social aspect like Overwatch and World of Warcraft. When I started streaming I realized I didn't enjoy playing those games as much as story driven games. I'd never touched those games before because they weren't social. They're single player; however, streaming changed that! With Twitch I could play Witcher alone but I wasn't alone. I had a community to hangout with while I played! That changed everything. I started devouring story games, one after the other and frequently call myself a baby gamer because I'm playing all these games that others grew up playing, for the first time.

Phasmophobia evolved into a game I was obsessed with because I could casually play with my community and it fit very well into our teasing trolling community. I also fell in love with the Phasmophobia community itself: the Dev, the moderators, the fellow content creators, the fellow players and viewers. Everything about it was amazing.

I am bringing story games back into the equation but I'll  be a Phasmo girl at heart for a long time coming.

My brand was interesting. I actually changed my name 5 months into streaming. I used to be CertifiedMermaid, but all my emotes and artwork were otters because I loved otters. I decided to go with the otter branding side of things and changed my name to Otterpop18. I didn’t really have a direction with the brand “otter” until probably another 2 months after that when randomly on stream I decided to look up what a family of otters are called. I discovered that one of their names was a romp and that’s how The Otter Romp was born. We are a family with a metaphorical couch that we call home. I guess when I think about it, it’s not really a brand so much as an expression of who I am and what I believe. Family is important to me and I wanted people to feel like they were part of one.

Channel growth is one of the hardest things to talk about because even I don’t know the “secrets”. I don’t even think there are secrets, there is a lot of hard work and luck. Picking the right game, having good audio, sticking to a schedule, making the right friends, social media etc. Anything can contribute to growth. I personally grow very slowly and there's definitely fluctuations depending on the games I play. I couldn’t break the 40-60 viewer average for almost a year and then I stumbled upon Phasmophobia and that game took me to partner over the 6 months I’ve been playing it. If I had to pick one thing that I think has helped me the most it would be a schedule. I know that can be cliche at this point, but even if you can only consistently stream 1 or 2 days a week, that’s still a schedule.

The biggest challenge I’ve faced and I think most streamers face is themselves. We are our greatest critics and we will tear ourselves down and apart faster than anyone else ever could. Learning to overcome the negative thoughts we form in our heads is an ongoing battle. “Are we good enough? Are we doing enough? Why won’t anyone watch? Where did these people go?” It goes on and on. You have to have a thick skin for streaming, I’m a firm believer in this. And sometimes that thick skin comes from streaming itself. I’ve learned to stand up for myself more and remove negative people from my community that seek to bring it and me down. It’s your channel! It becomes what you allow it to become!

I reached affiliate in 20 days and Partner in 2 and a half years! I don’t stream full-time yet largely because I don’t think the income is consistent enough to live off. I was given great advice about going full-time and I think it holds true; if you can make 75% of your income (income that covers your cost of living) from subscribers (not gifted) then you will do fine full-time streaming. Most of us can’t and don’t. As of right now I don’t have plans to go full-time, but it’s never off the table! I think if I can live off my twitch income for 6 months to a year then maybe that’s when I’ll give it a go.

Life is always crazy! I work and stream Monday-Thursday. I'm up at 8, head to work and come home to take care of my family, and then stream until midnight. They are long days! I start getting ready for the stream 30 minutes beforehand, get dressed, hair, makeup, make sure my background looks good, lighting, audio etc. After the stream, I just get ready for bed, wash my face, brush teeth, then pass out! Days off are random, sometimes it’s my littles dance competitions, sometimes it’s being lazy and watching movies and going on walks.

My family (parents, parent in laws etc.) are nothing but supportive and loving about my streaming! I know that I’ve been blessed to have that kind of support because it wouldn’t be possible without them. As for continuing this lifestyle, I’m not sure! I don’t have plans to stop, but I realize there are chances to get worn out over the years. I’d love to keep going another 10 years honestly! Maybe more if I feel up to it.

Don’t stress about it because nothing will burn you out faster than focusing on partner. As someone who just came out of that 6 month long journey I can assure you that it is exhausting and there isn’t much of a chance for taking breaks during it. Enjoy your growth! Genuine growth! Don’t be scared to try new things, even off brand things if it’s something that excites you! Phasmophobia was WAY off brand for me but I fell in love with it and took a chance.

Make genuine connections with your community and fellow streamers, be consistent and reliable, and keep finding ways to get better! If you’re comfortable you’re not learning or progressing! Find ways to push yourself and take risks. It may not pay off, but it also might!