Interview with Twitch Streamer, Purple: Learn About His Methods to Entertainment 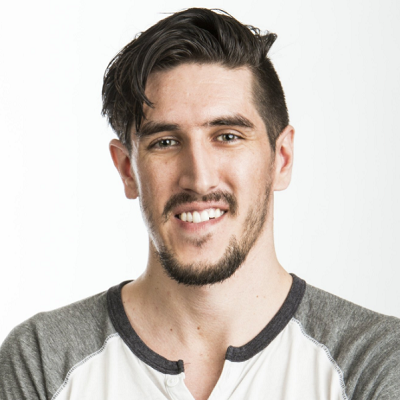 My gaming name has quite the evolution but it started as KoolaidMan back in my CoD4 days.Few years later I was looking into streaming on Twitch and after trying to get Koolaidman on multiple gaming services I decided to narrow it to PurplekoolaidMan. I chose this because my mom would always make Grape Koolaid each summer. It was a thing I did with my mom that brought me back to those cool Orange County summers with the blown up pool in the backyard. The times when I had no responsibilities or bills like paying rent ahaha.

My name for most stuff is now PapaPurple because it’s easier to get in games and also because so many people have pretty much strictly called me Papa and I just accepted it. I actually prefer close friends call me purp, purple, or Will though.

I wanted to stream many years ago but never could due to lack of bandwidth, proper PC, but back in the days I would watch Sodapoppin and Kripparian. It seemed like something I might be good at. In highschool my buddies and I wanted to make youtube videos but never did. The urge to create content was always there. In December of 2012 I decided to try streaming during my days off.

I streamed Far Cry 3 and loved it. I made a few friends who I played co-op with and believe it or not I know about two people from those few days that stop by on occasion. However it was short lived. Girlfriend at the time didn’t like it much so I stopped. I didn't pick it back up until 2015 when I was working a new full time job and purchased a new PC for rendering videos and streaming. My favorite part of streaming is the interaction you get with chat and viewing live reactions.

Being able to share experiences like we do when we watch a movie with our friends is amazing to me. Basically the experiences on cast and the friends that I have after streaming for these 2+ years are what I truly love. The friends I've made here have been some of the best humans I've interacted with my entire life.

Is streaming your full-time job? If so, when did you decide to?

Technically it is not by most people's standards of what streaming full-time. Everytime I hear that I tend to think the streamer is no longer working another job and is now only streaming as their income. I'm personally not there yet.

I currently work full-time at a Helpdesk job Mon-Fri. As of July I started renting a second room at my place to strictly stream from thanks to the support from the cast. It lets me be loud and much more comfortable than streaming from my bedroom. I like to think I am streaming full-time in addition to working full-time.

Why do you refer to your community as FruitSmackers?

LOL man this is a silly one but I thought it was so creative at the time. So when I was PurplekoolaidMan I was trying to think of something to call followers. I looked up some stuff on Koolaid and supposedly it was previously a liquid in the early 1900s and called “Fruitsmack”. So I decided on Fruitsmackers, haha.

How often do you do characters and add after effects to your stream? How much work do you put into them?

Oh man, hahaha. Well the Mayors was something a few of us worked on. Particular my buddy Thefamousgusbromski. We put way too much into it. I think that intro took me like 7 hours or something like that to make. I’m not the greatest at After Effects so it took me awhile and I had to get creative with some stuff.

Normally I don't put that much effort into that type of stuff but we had so much fun with it. There has been probably one other character. Her name was Mama and she only comes out when playing SOS The Game. Overlay stuff I only do maybe once every few months when I come up with something I think is cool.

Are you a part of any streaming communities/teams?

Yep! Here are the ones I’m a part of.

How did you grow so quickly in a relatively short period of time?

Personally I don’t really think I have a large following. I started out as anyone else. Picked games that I thought would be cool to stream that usually had niche communities like Dead Realm and Choice Chamber. For awhile I painted Bob Ross paintings with him on cast. In some cases I would paint along with him but usually not keep up. He’s too damn fast!

The recent Twitch onboarding that happened over the summer was interesting in that it increased the followers by like 3000 but I think I only saw maybe 10 of those followers actually in the chat. I'm glad they removed it (if they did) and I'm sure others would agree.

My main jam is PUBG but I’ve gotten a hunger for something else. Thanksgiving weekend I ended up doing an impromptu 28 hour cast playing Ghost Recon Wildlands. I had so much damn fun exploring in that game and the co-op was pretty damn great with my buddies.

I'm still playing that along with the hardcore AF Escape From Tarkov. I’m really loving Tarkov but I need more hours to get over the steep learning curve.

One and I’ll only say one word about it. Footnog.