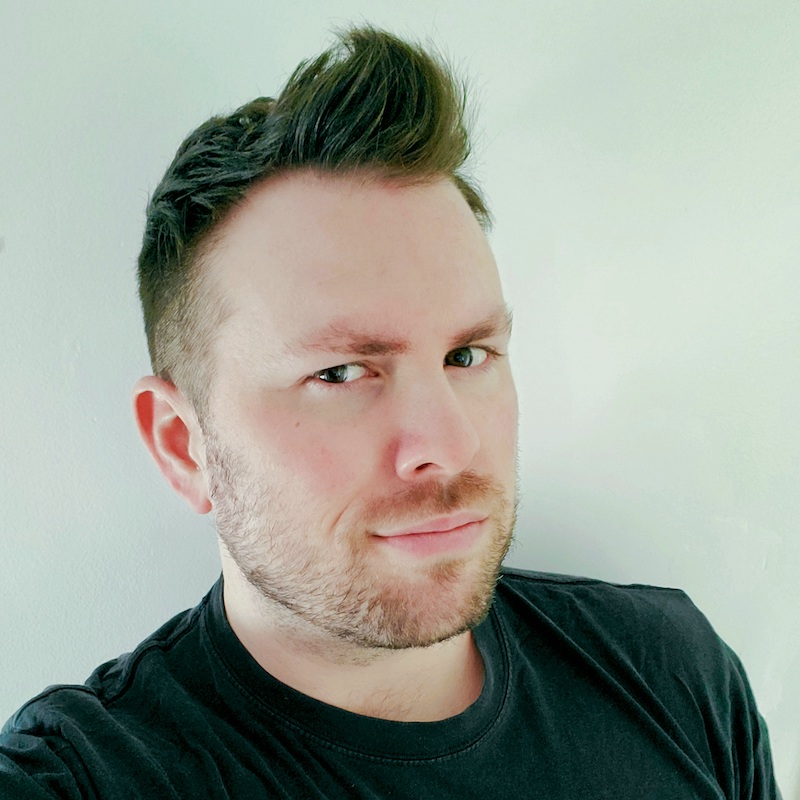 Up until I started streaming I was very much a console gamer. My earliest gaming experiences came from playing NES and Sega Genesis. These were consoles shared with my family. I've owned a majority of consoles at some point in my life but the very first console I could call my own was the Nintendo 64. I grew up gaming in the 90’s. Memories of renting games or even a console (that was a thing!) from the video store on a Friday night. Back then a few of us neighbourhood kids would all hang out at each other's houses after school or on weekends and play games together.

Sonic the Hedgehog, Mortal Kombat, Borderlands, Pokemon, Goldeneye, Call of Duty, Crash Bandicoot, Guitar Hero, anything Mario. These are just a few staple titles at some point in my long history of gaming. I love Streets of Rage and Final Fantasy. These games have had bigger impressions on me and I consider them some of my favourite game series to this day.

Before I started streaming my gamer tag back in the PS3 era used to be scorpionSOLDIER, inspired from Mortal Kombat and Final Fantasy 7. TequilaShots, the name I'm known for now, originated from my character’s in Final Fantasy XIV. I had been drinking tequila the night I decided to log on the first time and create my character. I clearly hadn’t thought much about the name but I found it stuck after I continued to receive compliments and fun comments from other players. I realized my name had stood out and was generating a reaction.

I started streaming in July 2017. But before that, I was (and currently) moderating on Twitch and Community Managing for Mrhappy1227. I met Haps on Twitch back in 2014-2015 after I started playing Final Fantasy XIV and stumbled onto some of his guides and podcasts. After spending time with the Happy Army I was eventually asked to be part of the team. During this time I learned a lot about the streaming space. It became my online home and I wouldn’t be where I am right now if it wasn’t for this wonderful community.

In 2016 we got the chance to meet and hang out together at both PAX East and West. During that time, the idea was proposed to join him in a streamathon celebrating FFXIV’s upcoming expansion Stormblood. So, in June 2017 I flew out to California and between Mrhappy, his girlfriend Rawrsnacks, and myself we kept his stream running 24/7 all week long. It was a blast! I remember how excited and nervous I was. Up to this point I had zero streaming experience. My very first time streaming was on an established Twitch Partner’s channel with 1000+ viewers. What made this work for me was my bond with the community. We already knew each other because I was one of them! The amount of support and enthusiasm to start my own stream during that time is what got me to start up my own channel. I’ve been streaming ever since.

I enjoy streaming RPG's, adventure and horror games, with Final Fantasy XIV being my main focus. Over time I have been able to cultivate and create a community space of my own. A space for viewers to relax and enjoy their morning coffee or wind down with a cold beer after a long week. Where viewers can come to discuss gameplay, ask questions or join in whatever group activities I have going on that day.

A large portion of my viewers come from the Final Fantasy XIV community. I regularly get people coming by asking advice for new players, suggestions on platform and controller use, fight mechanics and overall gameplay. My stream promotes a space where all players and questions are welcome.

When I am not helping viewers outside of the game I am helping out inside of the game. From dungeon runs and farming rare materials, to joining Discord voice channels for clearing end game content and mechanic callouts. Amongst my regulars I am known for my map parties. Setting up treasure dungeon runs to try and get us all that rare in game loot!

I consider myself lucky because I have been able to bring this similar bond of community building into other group based games. Most notably Monster Hunter World, Dissidia Final Fantasy: Opera Omnia, Genshin Impact and Dead By Daylight. Additionally I've gained discoverability via Stream Raiders, a fun community game for us all to enjoy together in between matches and queue times.

I love the ability to learn, improve and share my own gameplay and streaming journey, taking what I've learned and teaching it to others. I may fail at times but I want you to learn from my mistakes!

Everybody has a Tequila story. When it comes to my brand I feel I'm just my true self. Thanks in large part to my debut in the marathon I was able to achieve Twitch Affiliate pretty quickly. I remember in the early days to help build my brand and bring something different I would pour a shot for every new subscriber. But once subscribing became a regular thing I stopped for obvious reasons.

Growing my channel took time. I had roots built in the FFXIV community so variety content naturally came with a risk. Playing other games can open up doors for new people to find the channel. For me, my biggest obstacle was consistency. Up until last year I had been working part time shift work covering day, evening and night shifts as well as on call. Scheduling streams in between when every week was different was inconsistent at best. This made channel growth slower. But I kept at it. I started working full time in 2020 and I've been streaming daily ever since. At almost 4 years of streaming I was able to achieve Partner and this was truly an achievement for me.

Most common feedback I get comes from my voice, music choices, helpfulness, easy banter with viewers and how comfortable they feel being here. “Chill” gets used a lot. So I take these things and try to amplify them.

My schedule these days is busier than ever. I work full time night shifts plus stream daily, working 40+ hours and streaming 30+ hours per week. A typical weekday for me would be working till 7:30am, start up stream by 9am, try to be in bed by 2pm and repeat. Some mornings I will go to the gym after work for a quick workout before the stream starts. On the weekends I usually stream longer hours. In the little free time I have I often try to catch up on sleep or errands if I don’t have any social plans.

OBS Studio for streaming, Discord and Twitter for communication, Streamlabels for goals and analytics, Streamlabs and StreamElements for various alerts and sources, Streamlabs Chatbot for various chat commands. Most of my on-stream graphics and emotes were commissioned by TaniNoMori!

I do think studying analytics is important.. I think it's smart to see what games, stream times, videos, clips etc were better received. Are you using Twitch tags? Which ones were more searchable to find your content? Sullygnome is a great tool for some of this stuff and I encourage you to stay knowledgeable about these things. As long as you’re not obsessing over them!

Once you find what's working and generating growth, hold on to that and stay vigilant. Be patient, and watch your analytics closely over 30 day periods before applying. I’ve had so many close calls to achieving Partnership only to drop the ball. Consistency made a significant difference for me personally. Don’t give up!

DMCA. I wish Twitch would handle this situation better, be more transparent on what works and what doesn’t. They’ve been too silent on this issue and many of us worry about our content. Deleting our videos and clips is not the answer.

At this point I'm going to continue what I'm doing. I want to continue to build and grow my channel and community. I hope to find the time for additional content creation outside streaming. I wish to someday start working and representing companies I love. And if the current pandemic subsides, I hope to travel for the next 24/7 marathon for the next expansion in FFXIV: Endwalker launching in November!