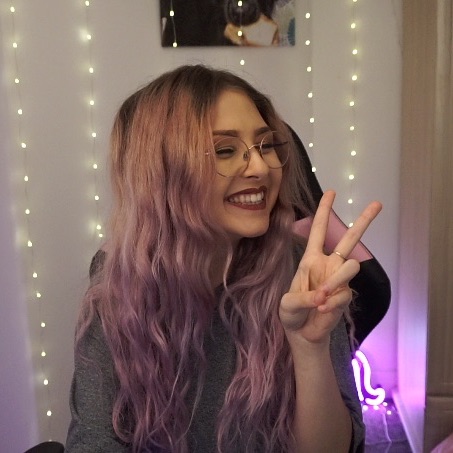 I’ve been surrounded by games my entire life, but that doesn't mean I was always interested in them as much as I am now. My brother is a few years older than me and ever since I was a little girl, I got to look up to him and try to play the games he did. My first ever gaming experience was Sonic Adventure on Sega Dreamcast. I was a little too small to care as much as I cared about going to play outside and playing out there! Once Playstation 2 arrived at my household, Over the Hedge and Dragon Ball Z games dominated. Fortunately, my brother and I still get to play games together, including Runescape, MMORPG that we both started to play back in 2006. Playing online games back then was very difficult as initially we could only play using my mums work laptop, which involved internet connection through landline dial up. Not only did that mean the only time you got to play was under the stairs where the cord was, but it would stop working by 9pm! As time went on, we were able to get a household PC. Counter Strike 1.6 was the most memorable game I used to play online which didn’t involve dial up the internet. That is when I first experienced voice chats and talking with other gamers in real time.

My gaming name originated from my real name, Vik. However finding a place that will allow you to have that only was a struggle, I mixed Vicky and Vik together, getting a Viiki!

Only when I was a teenager, the passion for gaming truly sparked. I didn’t have the best time in school as I had moved countries and as for anyone who struggles speaking the language in a new country, I leaned back into gaming as something to focus on. Sims and Runescape was something I never moved on from and still play to this day.

I remember like it was yesterday, laying on the bed, just loaded up the Xbox, deciding what the plan for the day was when I saw the Twitch app that I never noticed before. Out of curiosity, I clicked on it to discover thousands of people playing video games, live! That is when I created my Twitch account and started watching Dakotaz and Loeya. Over time, it became a daily routine to watch someone play games, even though to me, it all felt so new. And as awesome it was to watch someone else and interact, I could not help but wonder if I could stream and make friends to talk to whilst I game also. Roughly half a year later, I finally ended up building my own PC.

My first stream was playing Fortnite as that was the game I used to play a lot on my Xbox. I went ahead and made my own starting/finishing screens. Luckily, I had my brother supporting me from day 1, he took care of learning how to draw my emotes and badges, and he still draws them for my channel to this day! I used my headset microphone and a camera, sitting in my dark little studio at university. I had a few mutuals I met at university come in and hang out, so that initial stream didn’t feel so lonely. A week later I hit affiliate, and ever since I started streaming, there has not been a month where I streamed for less than 100 hours!

My community has an amazing bunch of people. We all come from all over the world, and it makes that time we spend together, so much more special. Having people dedicate their time to watching me and hanging out with others is truly great. Not only do they have time to hang out in the stream, but I also have a very active Discord of over 1,400 individuals. We play games and watch movies off stream, allowing us to build our friendships further. I currently stream whatever I fancy on the day. Lately, a lot of my streams involve Minecraft, Sims and I had just done my first cooking stream which was an absolute hit and I cannot wait to provide that sort of content again!

When I’m not streaming, I still play the games that I play on stream! At first, I was not very brave playing different games live, but as time went on, it finally occurred to me that people truly watch for me and the community, what game is on the screen does not seem to matter, it is an amazing feeling knowing people will show up regardless.

I’m always playing games with people I met through streaming. Whether it is on our Minecraft server when I am streaming, or on Discord, there is always time to play with anyone that wants to.

I never really wanted to have a brand, as I would rather just be my true self. It’s much easier for me to just be me, online and in real life. To some people it may seem a little weird, but I would much rather people know me for who I am because I really want to be friends with everyone that watches me! I share the majority of my real life stories with my stream.

I honestly didn’t do anything out of the ordinary to grow my channel. I played the games I wanted, met friends along the way that stuck around and that is how it got me where it has. I have never advertised myself as someone who is good at games, I just wanted to be a comfort corner where people could come to talk to, or just listen in.

My biggest achievements on Twitch would definitely have to be getting my Partner status. It took me a week to reach affiliate and roughly 1 year and 9 months to reach Partner, I truly did not think I would be where I am, so soon into my streaming life. One of the biggest challenges has been balancing my university life and streaming. Finding the balance within two things that both need a lot of my time was hard, but being efficient with my time was the key to make it work.

I don’t think I will ever class myself as a full-time streamer, maybe a streamer that streams full-time hours! But never say never. I don’t like the thought of putting pressure on my community, knowing that I would have to fully rely on their support in order to make the ends meet. I would much rather them just be able to come in and hang out without feeling like they owe me something to be there. For now, I am concentrating on graduating university whilst streaming alongside it.

Just stream what you truly want. The ones that matter, will always find time, regardless of the game.

Not so much as interesting, but confidence. I’ve never been one of the shy people, but talking to people I don’t know outside and approaching people has never felt more natural to me.

Balancing the stream and my day-to-day was difficult until I found a balance of some sort. I usually stream 6 days a week, leaving out Fridays for either family arrangements or hang out times in Discord. I tend to start my stream with a coffee, and grab a tea as soon as I have finished. Lately, I tend to stream anywhere from 5 to 8 hours a day, having a lot of assignments for university and many early starts of my day has forced me to stop streaming past midnight! I do try to make the most of my time that I do get.

My days off involve laundry, cleaning, catching up with university work and family, as well as walks that I have now set in my daily routine before streams. Moving my body prior to the stream has given me so much more energy, which is one of the key aspects of my stream. There is never a dull day! I get plenty of outside interaction which I think is super healthy for the mind.

My family has been nothing but supportive of my stream and its schedule. They have become very aware of when I am streaming and take what I do into consideration. I don’t see myself stopping streaming! I still have plenty of love to give and to share with the world and many friendships yet to make.

Streamlabs OBS! Easy to use and I love the fact the colors don’t look boring! I also use Streamlabs for donations via Paypal.

Streamlabs and StreamElement bots are the ones you will see mostly on my channel. My mods have a command for nearly everything!

Discord. My main way of communicating with everyone from my stream is through that. Having over a thousand people on our Discord channel is crazy to me!

I’m a very simple girl and I prefer when there is nothing but a camera and the game on stream. I tried using overlays before, but to me, it seems very cluttered.

I used to be guilty of looking at my analytics more than I probably should have. But once I accepted that no matter how much I look, it isn’t truly going to change the result. Putting my entire effort into streaming and content outside of Twitch is what is going to change what I see on the analytics page!

I’m very much free reign when it comes to streaming. I don’t tend to look for guidance, I just do what feels right. The only website that I use is Myinstants to get some ideas for alerts! Apart from that, I just do what seems fit.

It’s great to have goals and aspirations, but you can never force something. It has to come to you naturally. Having ‘Push for partner’ in your title will not make people watch you, and it should never be the ‘end’ goal. The most fun part of streaming is the journey, have fun with it, meet friends, put out amazing content which will get people to stick around. Another very important thing is a schedule. Ever since I started streaming, everyone knew the time I would go live, including days off in advance. I like to stay organised and not knowing the time or day I would go live would really throw me off my game! I’m very happy with how I’ve done everything so far!

I wish that we would have more tools as streamers to report accounts that should not be on Twitch. It would be great to have our reports sent to someone who will truly look into that accounts activity and remove them when it seems necessary.

Plans for the future involve graduating from university and seeing more of the world. I don’t expect to stop streaming anytime soon and it would be amazing to take everyone along for the ride. I want to carry on nourishing and growing my community, meeting many friends along the way.