ybbaaabby – A Comedian Who Loves to Play Video Games 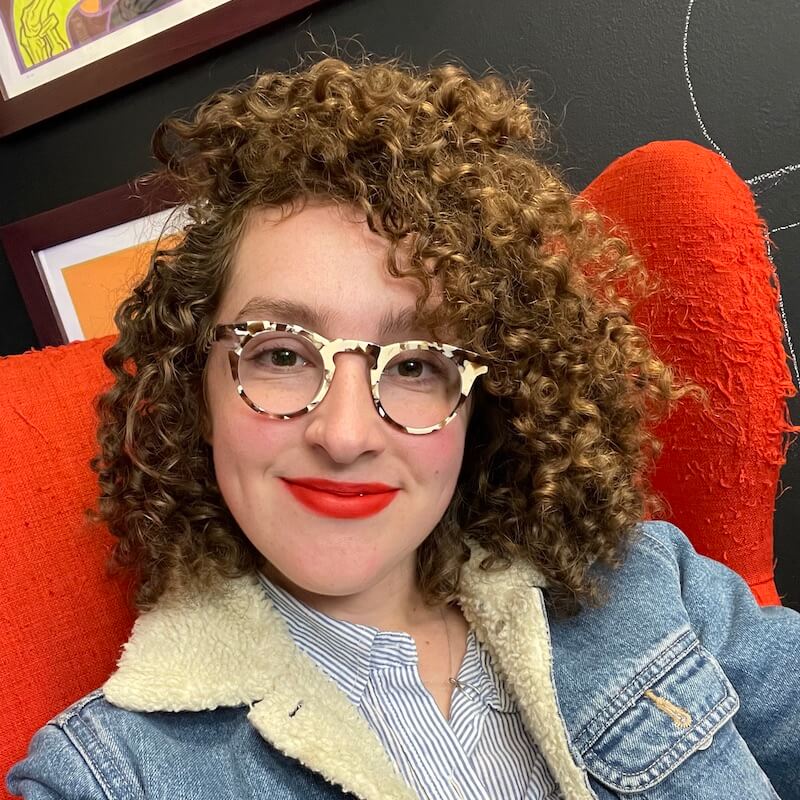 Abby "ybbaaabby" Russell is a comedian, streamer, and former content producer in the video game industry. She's one of the funniest and most well-spoken streamers we've had the pleasure to interview.

ybbaaabby is a variety streamer and enjoys playing games like The Sims, Fortnite, Spiderman, Chess, Dark Souls, and many more. Needless to say, she plays it all.

Let's dive into the interview!

Growing up, for me games were always synonymous with family time. Whether it was holding the guide book as my mom played through Majora’s Mask or running over to my next-door-neighbor’s house to play Double Dash on her brother’s GameCube, most of my childhood memories with video games were how they allowed me to bond with other people. It was only into my early adulthood did I start seeing games as something meant to finish. Or as a way of storytelling.

Even now, as much as I love a solitary story to get engrossed in, often the best part of finishing a game is discussing it with your friends afterwards. I think––aside from being able to tell stories in immersive ways––the biggest strength of video games is their ability to bond you with other people. I’ve found that especially true in 2020.

I would say after working in the video game industry for almost 4 years and now streaming to twitch daily, the only games I play in my free time are games I can play with other people.

I have a somewhat unusual situation with my streaming history in that I used to work for a website called Giant Bomb, where I streamed with a team of people who already had an established audience. Before (and during) my time there I was also a comedian in NYC doing shows nightly, so I felt very comfortable hosting and being myself on camera. When I chose to leave GB, streaming on my own was a no brainer.

Some of the best advice I’ve received before I started streaming to Twitch is to be serious about maintaining your schedule. If your audience doesn’t know when to expect you, how can they watch your streams? Truly, consistency is key in establishing an audience.

And my personal advice for anyone getting started is to stream what you’re excited about and interested in! If you are just chasing what you think will be popular, you’re probably not going to be having very much fun which will show during your streams. Enthusiasm and passion are contagious, AND you’ll be more likely to draw in an audience of like-minded people who will be excited to see you do more! Win win!

My channel is still pretty young, I’ve only been streaming consistently for a couple months now. I typically do playthroughs at the start of the week and Sims content towards the back half, with multiplayer streams a few evenings a week. I very much am drawn to what is simply FUN and COOL for me at the time and just hope that’s enough for an audience to wanna stick around for. Lately I have been playing through Demon’s Souls for the first time which is especially fun with my audience who has a pretty good sense of humor. I find they know how to have a good balance between helping me out and roasting me when I’ve done something stupid.

I call my audience the Widdle Bad Bois (gender neutral “bois,” of course) because who doesn't wanna be BAD?? They’re all very funny and sweet and generally pretty receptive to me calling them out on the occasional backseating or being rude which I appreciate. I feel very fortunate that they’re a cool bunch!

As a comedian, I think my brand is pretty laid back and I hope to god that it’s funny. I typically try to be myself on stream, or at least a more heightened version of myself. I think it’s important to be authentic and not to pander or react in ways that you think people wanna see. But also remember you are there to entertain. I’m always sure to bring a lot of energy and jokes, but I also want to respect that my viewers are savvy enough to see past any artifice.

Sometimes the parasocial relationships on twitch can make me a bit nervous, but I think it’s important to remember that the ultimate appeal of twitch is that you can feel like you’re hanging out with some buddies, playing games. It takes some time to learn what works for your channel and how to be comfortable, but I think if you’re honest and just trying to have fun, you can’t fail.

When I came to Giant Bomb, I felt that I inherited someone else’s audience, but after a couple months I really felt like any growth and retention was very much earned from my content and performances hosting streams. As I stream to Twitch more, I am finding the best audience growth tactics are being consistent, making streams that I myself would want to watch, and by streaming with my friends who are also on Twitch. I think one of the best aspects of Twitch is its community of streamers and I think to always go solo is such a misstep.

Wow, the eternal question! When I was living in New York and able to actually go out in New York, I feel like I never really did a good job with the work-life balance. The truth is, I really enjoy working! And I like saying yes to collaborations and outside projects! But I also have to remind myself that if all I’m doing is working, my work suffers, too. As a performer and a creative especially, I think it is so hard to feel entertaining when you do nothing but work. I find that my streams and my comedy writing is almost always much better when I take the time to watch a movie or go to a museum or just hang out at the bar with friends.

Obviously, some of those things have been especially difficult in this year of COVID, but I’m trying to enjoy being forced to slow down and just allow myself to play Fortnite with my friends after work and not stress over feeling like I’ve stalled on “improving” myself. I sometimes need to be reminded that I don’t want to be the type of person who is constantly min-maxing her own life.

I also think it’s important to remember that a lot of your favorite internet personalities who are streaming every day to Twitch and uploading daily YouTube videos may have more resources than you do. Obviously this isn’t to say they aren’t working hard or that they haven’t earned their success, but just that they may have an editor they can pay to send their videos to or a graphics person to make their emotes and transitions. If you have the means, collaborating and working with people whose work can elevate yours is always a great idea. But I also think working within your budget and allowing yourself to realize that you’re already doing enough is incredibly healthy!

I use OBS Streamlabs and the embedded Twitch integration apps that come with it like the Alert Box and Sound Alerts. I also use Adobe Suite for editing and graphics. I try to keep my overlays pretty minimalist, preferring to keep the gameplay and my camera feed most prominent. I really prefer a clean look as I don’t want to distract my viewers too much. But it’s still an on-going process and I tweak things often. Right now I have a green screen setup for when I’m at my computer, and a DSLR camera feed onto a comfy lounge chair for when I’m playing on console.

Once COVID hit, I also was sure to decorate my space with things I already had around my apartment. I think having an intentional background elevates the professionalism of your streams tenfold. It shows your audience that you’re taking streaming seriously, and I think it helps to set the space for you to feel most comfortable, as well!

I look at my stream summary and monthly analytics for financial planning, but I think if you obsess over the numbers too much you’ll go crazy. Placing your personal value on a set of numbers you simply cannot control is maddening and does nobody any good! I try to just focus on being consistent, whether it’s in playing the games I said I was going to play or sticking to my schedule and hope that the numbers will follow suit!

I think you can do a lot with a little on Twitch and your content is always going to be more important than however much money you’re putting into the hardware. I’m a big proponent of dressing well for streams, being comfortable, and having streaming equipment that is reliable so you don’t have to worry about anything but the game you’re playing.

I worry this will come across as a very privileged answer as someone who came to Twitch with an audience already, but I think you shouldn’t focus too much on striving for Partner. That isn’t to say you should give up or to not make it a goal, of course. But I think it’s way more important to focus on the things you can control, like making solid content that you yourself would want to watch.

I was rejected the first time I applied to Partner and I know lots of popular, cool streamers who were rejected the first time they applied, as well. It is no way a judgment of you as a person or the quality of your streams. Sometimes it’s simply a numbers game and the only thing that can affect numbers most of the time is, well, time. Twitch also seems to really take a look at each individual channel as they apply and give somewhat specific feedback so you know what to focus on as you continue forward. Which is very nice! Most websites of this size would never! So I think as you start out, ultimately you should be tenacious and treat Twitch like a job, but your goal should be to create fun for both your audience and yourself so everything else can feel like a bonus.

I would probably change the monetization breakdown to better benefit content creators. Amazon can afford it!